Ute Mountain emerges from the clouds after last weekend’s snow storm. Ute Mountain is north of Taos on the road to Colorado and often appears protruding, fin like, moving through the clouds. It also creates it’s own weather system. I’ve often seen rain and snow falling solely on the dome of this extinct volcano, a major geological feature in the Taos Volcanic Field/Plateau. Here’s another image of Ute. 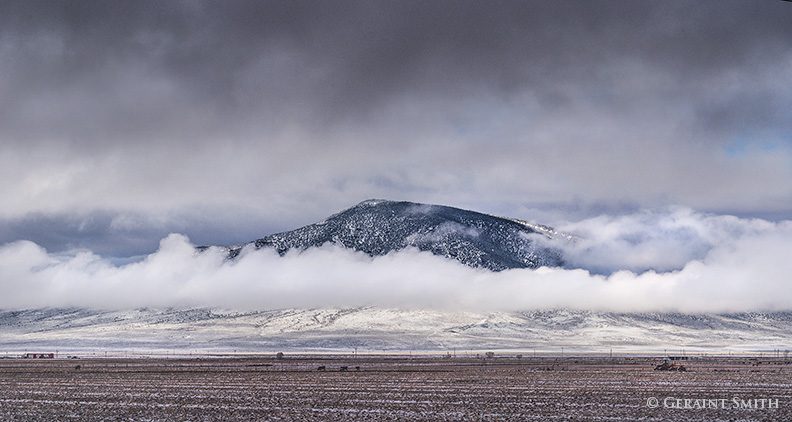