Highway Sky, Taos, New Mexico. I wanted to create a feeling of what it was like driving in to the Taos Valley today. The highway was highlighted by reflected light from the distant cumulus clouds.  The foothills were backlit and very dark. The cumulus clouds were lit by the sun shining above the storm clouds overhead, giving an indication how low the storm clouds really were. And then… the skies opened up and it just now stopped raining here in San Cristobal, five hours later. Thanks for looking. G 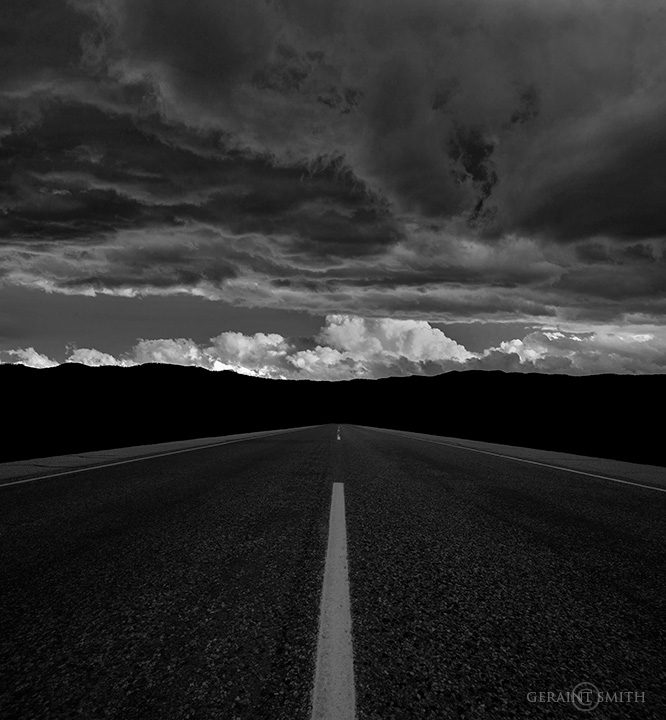