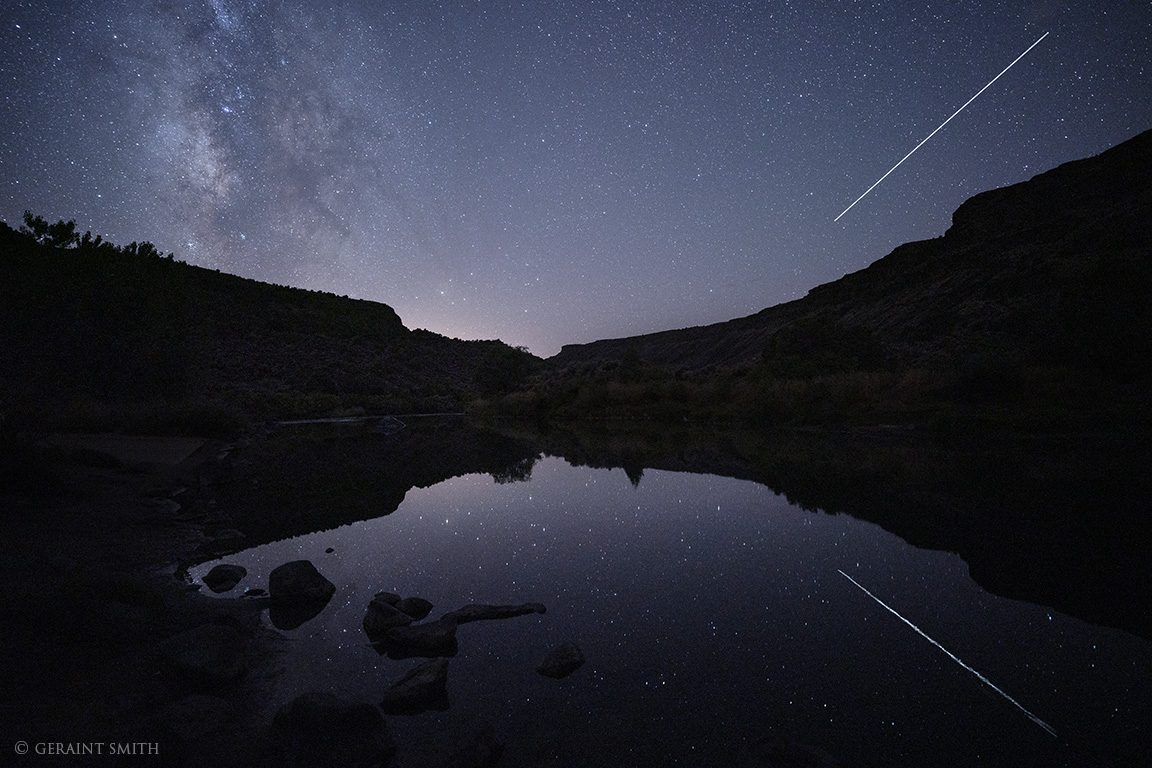 Starry night in the Rio Grande Gorge, Pilar, New Mexico. I was setting up a composition for the milky way over the gorge and river when I spotted a satellite in one frame, so I quickly kept exposing shots and made a composite of Elon Musk’s Starlink satellites cruising across the skies here in NM. Personally, I think there is enough junk in space, plus, Mr. Musk plans to add some 80,000 satellites to the junk already up there. It’s quite a controversy among astronomers. Almost every frame that night had some man made object coursing across the sky. Thanks for looking. G Satellites, Comet, Sky, Volcano, Stars, northern New Mexico. It’s supposed to be clear up tonight, so I’m heading out. We’ll see what transpires. There’s a lot of space junk cluttering up the skies. The satellites in the second photo are composited from seven images taken over an 8 minute time frame. I’m sure that I use plenty of the technology they provide, so I’ll take it. It’s only a flick of the cloning tool away from eliminated in Photoshop® should I so choose. Thanks for looking. G 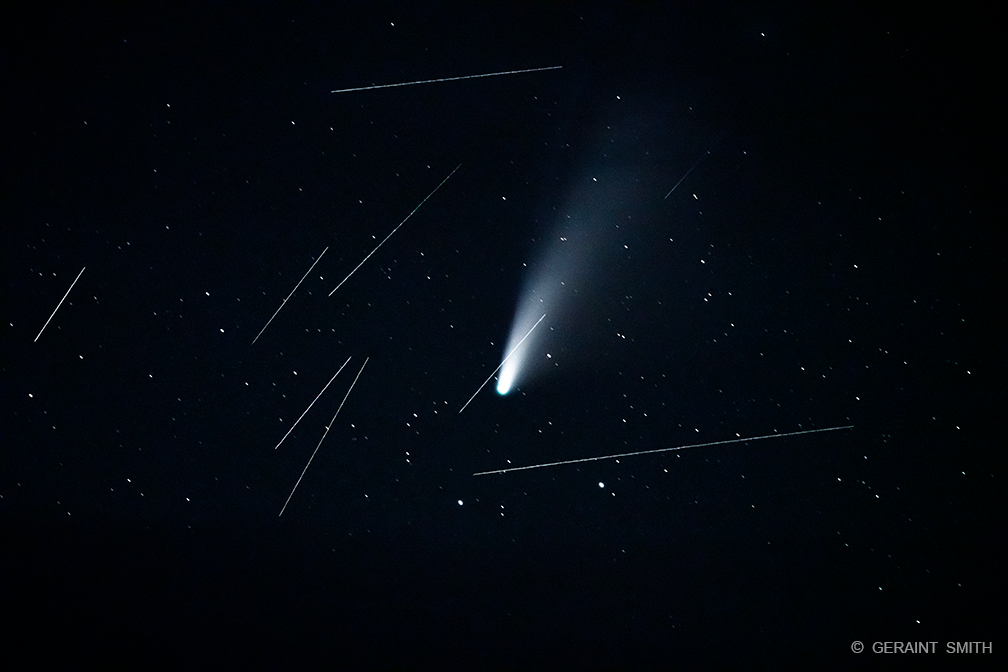