Basking in the Sunlight

Basking in the sunlight. I think a more appropriate title might be “The End Of Autumn Sonata”, the last notes played before the winter sets in and the dancing leaves of autumn are silenced. As I stare out of my window I relish the last few notes dancing in the elm tree. Hushed now, a veil of frost descends and the fourth movement begins with the more sombre tones of the wind, in the winter trees. Thanks for looking. G 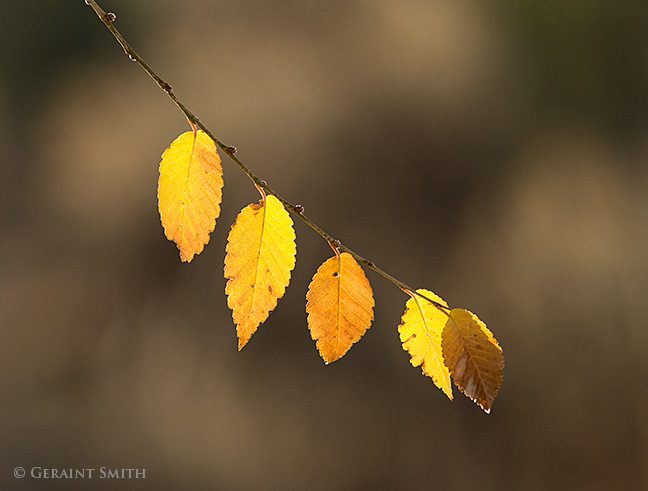 Photo Bombed By A Balloon

Photo bombed by a balloon. Every year the Taos Mountain Balloon Rally descends and ascends over Taos Valley and the surrounding communities. As I lined up the sun rays coming through the belfry on the St. James church the balloon ascended and there you have it, the “photo bomber”. 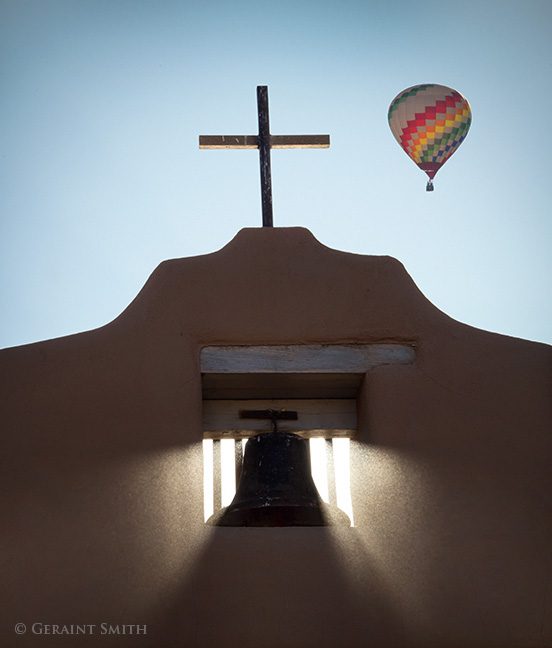 Cerro Pedernal Sunset, from the foothills of the Sangre de Cristo Mountains, Taos, NM. Cerro Pedernal has possibly been photographed and painted, more than any other feature of the southwest landscape. Since “god” told Georgia O’Keeffe that it would become her mountain if she painted it enough, the peak, also known for the flint used in native tools, took on it’s own celebrity. The ‘peak’ can be seen, prominently, from many locations around northern New Mexico. When I am in Abiquiu, I can see the location where I made this image. Georgia O’Keeffe had the same view but I haven’t seen a painting of it! Here is a view from the Morada in Abiquiu across the plateau to Taos Mountain. 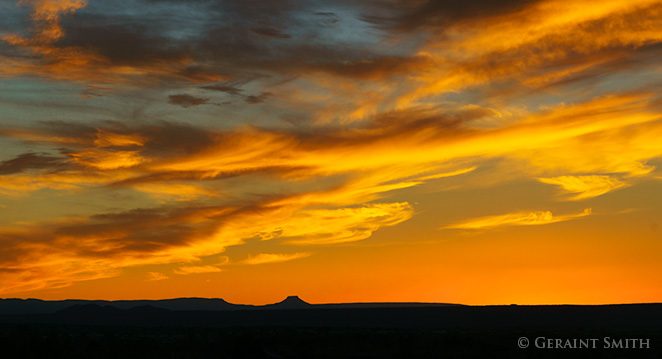 Milk Way Over The Anthill

Over the Anthill. The Milky Way glows bright in the October sky, and if I get far enough away from the light pollution (yes we have some here in northern New Mexico), even the landscape seems to reflect the light from the stars. The grains of the anthill excavation and the stars of our galaxy rotating in unison. And as my friend Colin says in the comments “I like the juxtaposition of the smallest of creatures against the vastness of space”. Me too! Thanks for looking. G 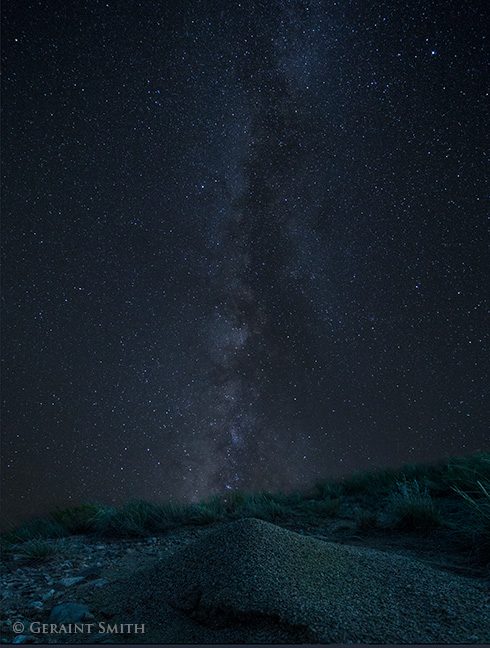 Mountain Geological Survey. Yeah right. This a more of a drive by geological observation and cell phone snap. The shape of the rock, the tilted, tipsy looking trees, caused me to pull over and make a quick picture in the Santa Fe National Forest. Cheers. G 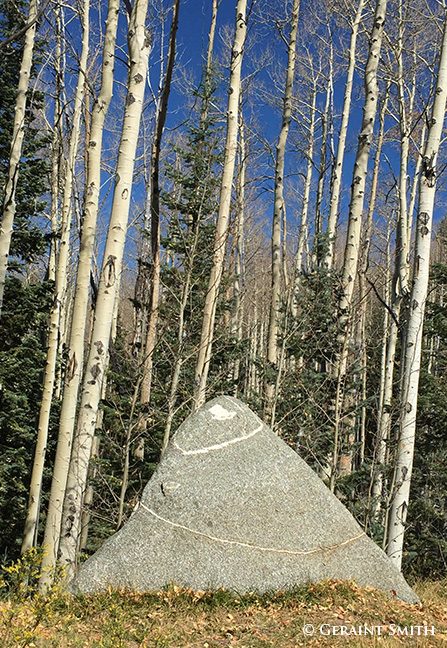 Taos Mountain Sunset. I love it in the fall when the shadows lengthen, the tops of peaks and clouds are illuminated and the cottonwoods start to take on the air of royalty in their golden, leafy cloaks. Some of the shadows in this image are cast by the trees along the highway. The shadows on the left of frame are cast by passing cars. However I look at it, my eye follows the lines leading to the mountain in all it’s fall finery. Thanks for looking. G 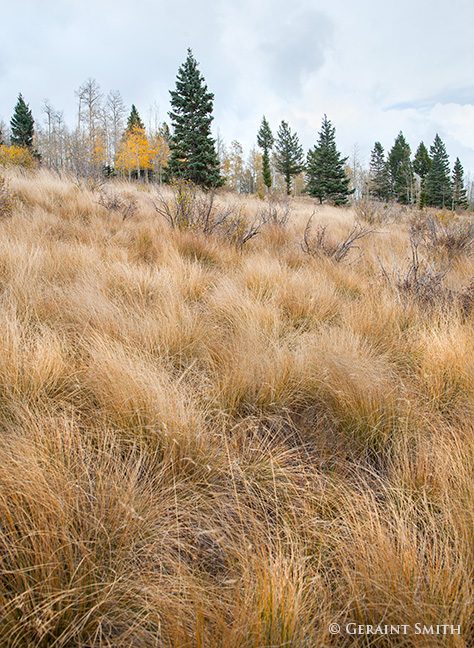 Sunset on the Locust Tree 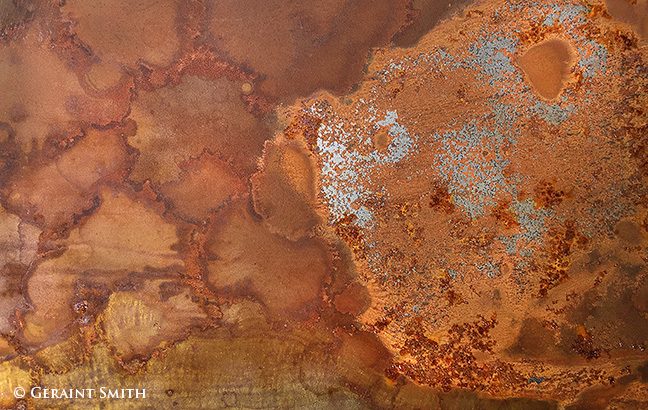 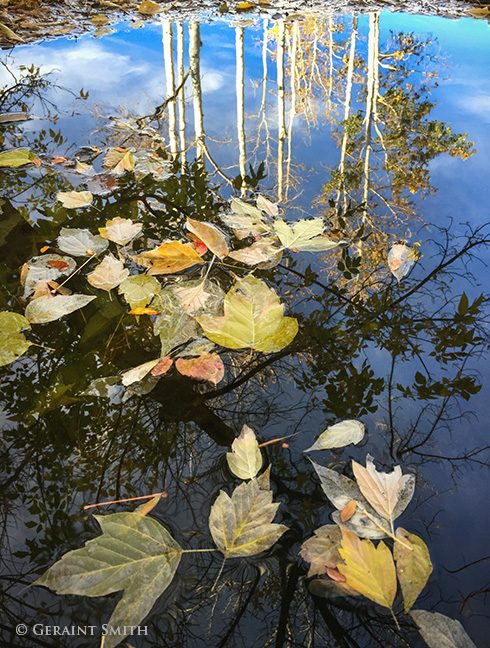