The Wild Rivers Recreation Area of the Rio Grande del Norte National Monument is a gem of a place that I like to visit throughout the year. This time I visited some of my favorite lone trees. I do like a solitary tree. A lone tree for me is like finding a friendly soul where one least expects it. These three trees are all still standing and were strong enough to withstand the high winds last December that flattened hillsides of trees in other areas. The thin layer of clouds gave an illuminated glow to the landscape like a big softbox light.

This old piñon pine is hanging in there and I anticipate a few more pictures until it succumbs to the elements. Its impending demise will also, no doubt, entice me to make images for years to come.

Pretty much the same predicament for this tree as for the other two. The dead needles clinging to the limbs of this tree gave a nice warmth to the scene. The overcast lighting and water on the needles saturated the colors. I could see the reds from a distance and moved in closer to get this shot.

You guessed it… Taos Mountain from the deck in San Cristobal, and a last glimmer of light on the mountain before the sun disappeared for the night.

I found the image below in the archives while searching for the crane image to print. I’d previously published this storm cloud in black and white. It impressed me in color so here it is.

Three new fine art prints went out of the studio this week. If a print interessts you click on the picture to go the pertinent purchase page. This first image of the Sandhill Cranes against the Rocky Mountains, I titled “Pas de Deux”.

Geology in the desert around Abiquiu.

And the Lone Tree, the “Welcome Tree” at the Taos overlook.

Ok… one last image of a young Sandhill Crane at the Monte Vista NWR coming in for a landing.

Big Dipper with Ute Mountain in the Wild Rivers Recreation Area in the Rio Grande del Norte National Monument. The scene is lit by the moon that rose earlier tethered to Mars in the eastern sky. I’ve added a photo below. It was very peaceful after all the people looking for campsites left the area as the campgrounds are shut due to the Covid-19 health order.  Thanks for looking. G 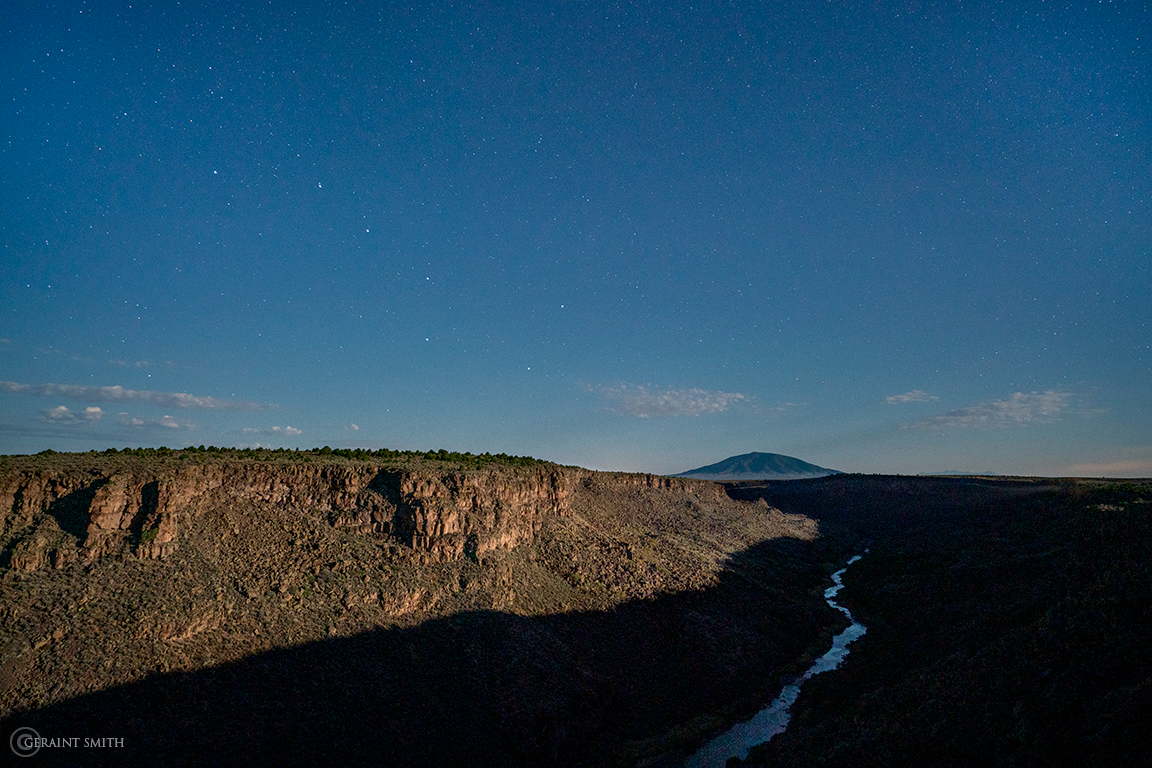 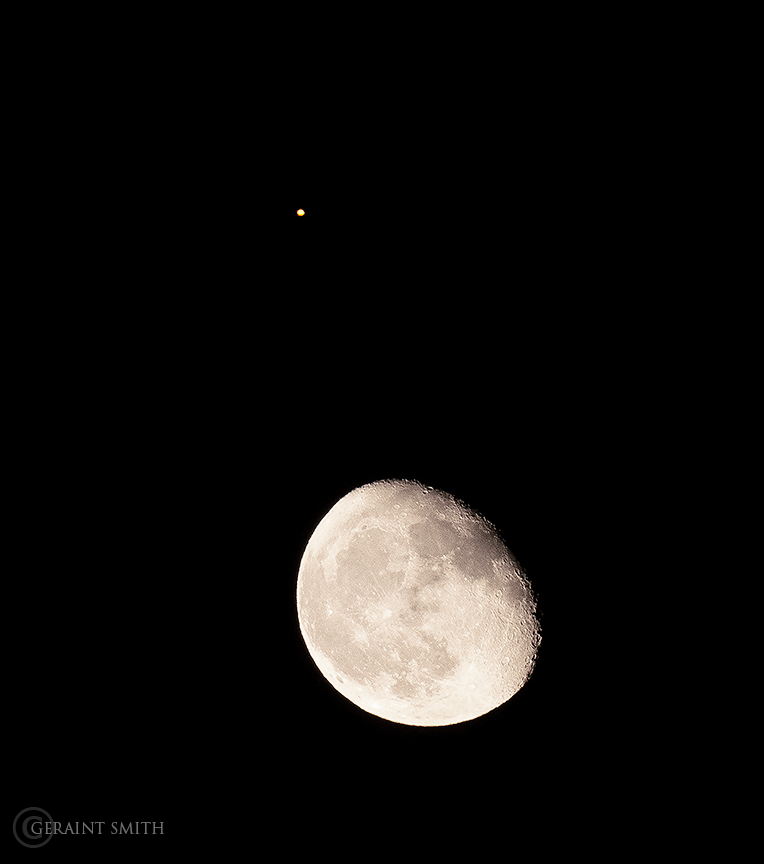 Lone Tree, in the Wild Rivers area of the Rio Grande Del Norte National Monument. I can’t pass up a lone tree, especially a bare lone tree. Here is today’s tree. You can’t tell from the photo, but the sage was wet from an afternoon downpour. The aroma was heady. Thanks for looking. G

Petroglyphs on a story rock panel, Rio Grande Del Norte National Monument. There are many more “peckings” on this rock, located alongside the great river in the Wild Rivers Recreation Area. This image shows Mule Deer and Bighorn Sheep. Below the first image is a photo of a Bighorn Sheep, also photographed in the gorge. The indigenous peoples would have documented the wildlife in the area and this rock has an array of footprints pecked onto it also. When things get back to normal I encourage you to make a trip here. Thanks for looking. G 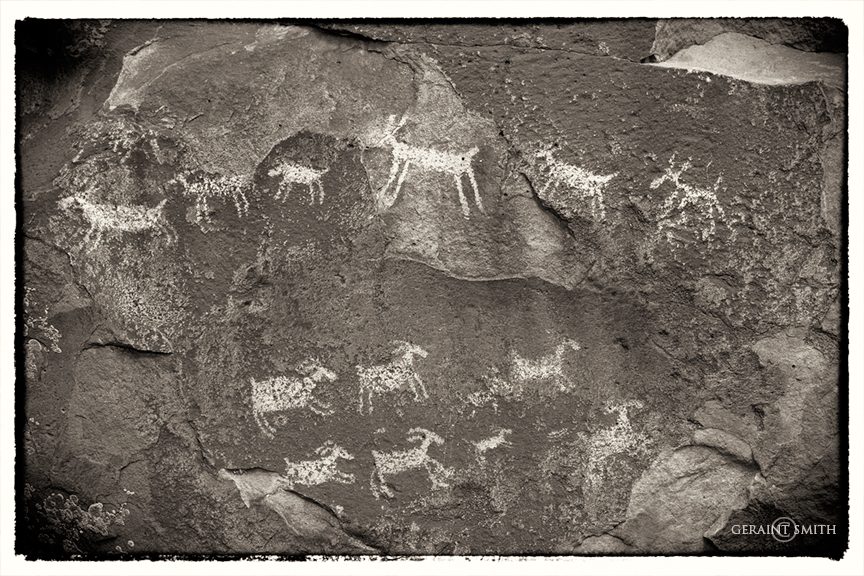 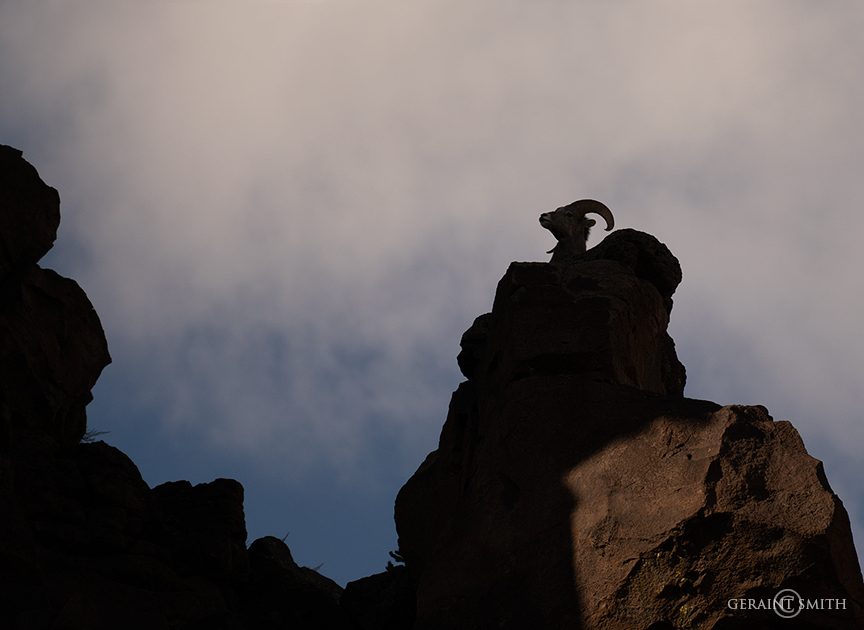 Wild Rivers Recreation Area, in the Rio Grande del Norte National Monument, NM. Popped in here for last but one stop on a tour last week. The clouds were chasing each other across the landscape, helping to create a wonderful depth to this vista, highlighting Ute Mountain in the background. Thanks for looking. G

Blooming Yucca in Wild Rivers Recreation Area on the Rio Grande Gorge Rim. That Yucca plant from a couple of weeks ago is finally blooming. Those few cold nights and days slowed things down but now this part of the state is in a super bloom. Yuccas and Indian Paintbrush go so well together. I hope you can take the time to get outside. Or… join me on a tour, I’ll show you the beautiful locations in this corner of the state. Thanks for looking. G 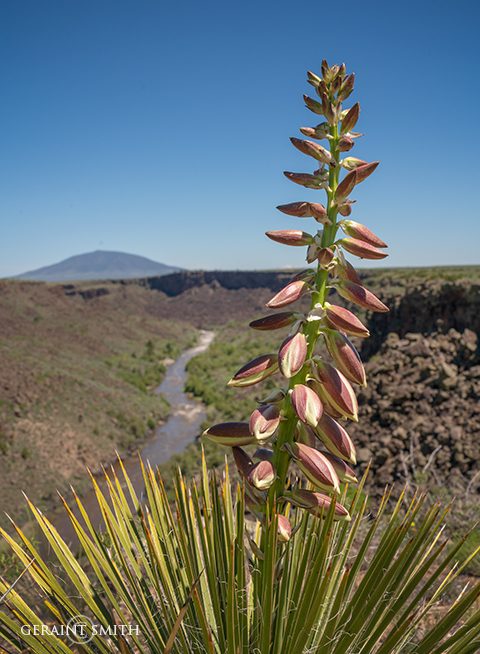 “Perky Sue” East Rim, Rio Grande Gorge at the Wild Rivers Recreation Area. Yes they are perky, indiscriminate and glowing in the morning light. It’s an appropriate name for these, “Perky Sue” in this particular arid climate. Not sure I’d be so perky. Thanks for looking. G 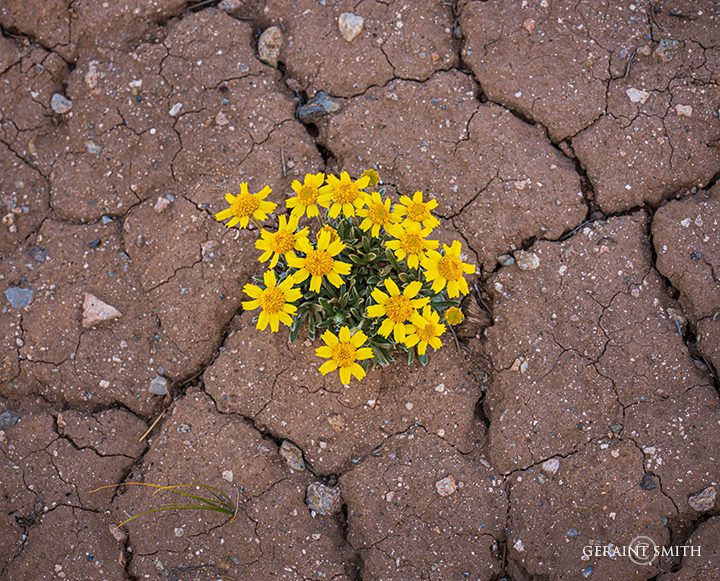 Yucca bloom, on the Rio Grande Gorge Rim at the Wild Rivers Recreation Area. The blooms are plentiful this year. The potential for the flowers to manifest is great, but… the Bighorn Sheep seem to enjoy yucca blooms very much. They bite the succulent heads off them and leave the rest. The evidence? Their droppings in the vicinity of a number of the plants. We’ll be back up there again tomorrow so I’ll get to do some more sleuthing. Perhaps we’ll see some flowers like these I posted from Monument Valley, Arizona As always thanks for looking. G 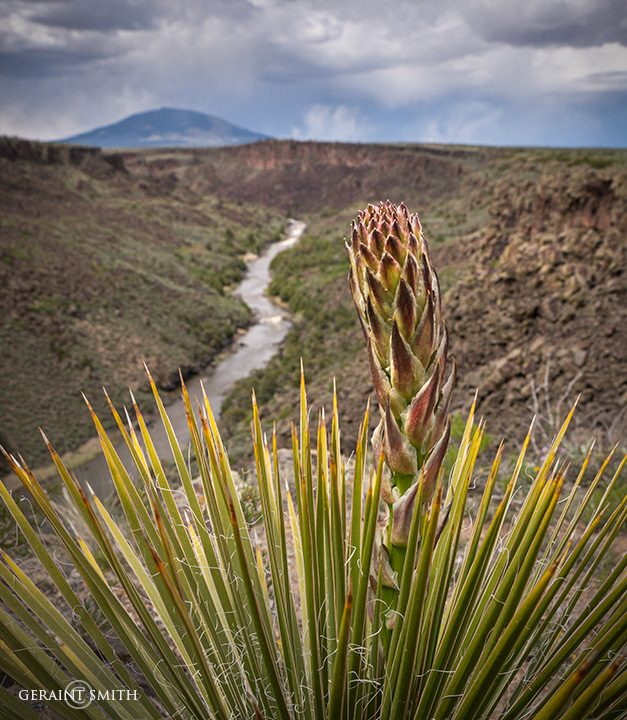 Cerro Chiflo Cliffs, Wild Rivers Recreation Area, NM. just over my shoulder at Sheep’s Crossing in the image from a couple of days ago. I always tell myself, “remember to look over your shoulder”. The Cerro Chiflo cliffs flank the Rio Grande in this northern New Mexico National Monument. Thanks for looking and taking the time to enjoy my work. Geraint 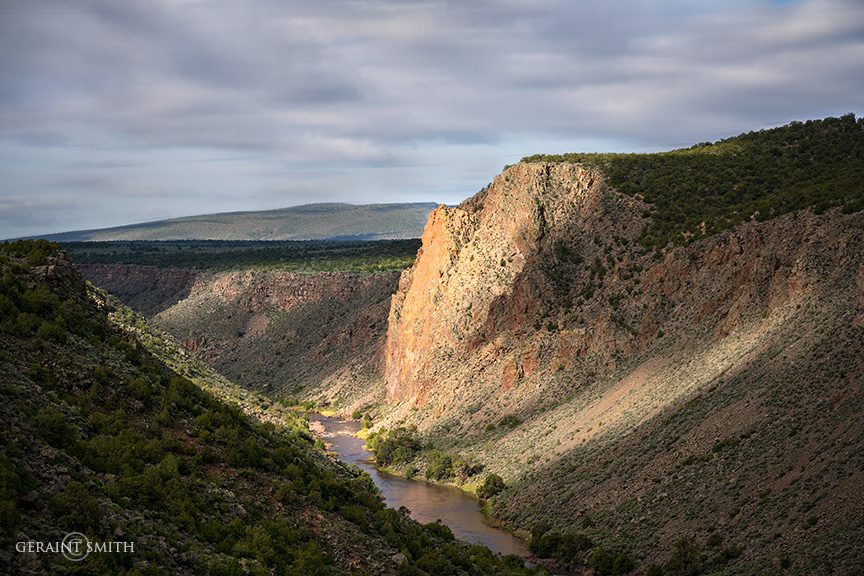