Last week was the full Wolf Moon. It has many other names such as “Canada Goose Moon”, “Greetings Moon”, and a favorite alternative of mine, “Frost Exploding Moon”.
In this case, I’ll stick to calling it wolf moon as it is known around these parts. You can read more here.
On the night before the actual full moon, I met up with my friend John and set up, with plenty of time to spare, in order to be ready. When the moon rose behind the Northern New Mexico, Vallecito Mountain the light was still a little pale and not so dramatic, so we headed east and closer to the mountains to catch it rising over the exact same peak. On the night before the actual full moon, the landscape is bathed in the light of the setting sun as the moon, discernibly full rises in the scene making for a well-balanced exposure. We made some nice images that evening.

I wasn’t done with the Wolf Moon yet so the following morning I got up early and drove about thirty minutes north near the Colorado State Line to watch it set around Ute Mountain and across the plateau.

As always thank you for looking in. Geraint.

Wolf Moon rising, as the clouds cleared, Lama, New Mexico. I drove north to get away from the mountain clouds. I could see a break in the sky ahead, then there it was. My heart skipped a beat. I pulled over and made a number of images and when the clouds built up again I left. Thanks for looking and for all the compliments and comments. G 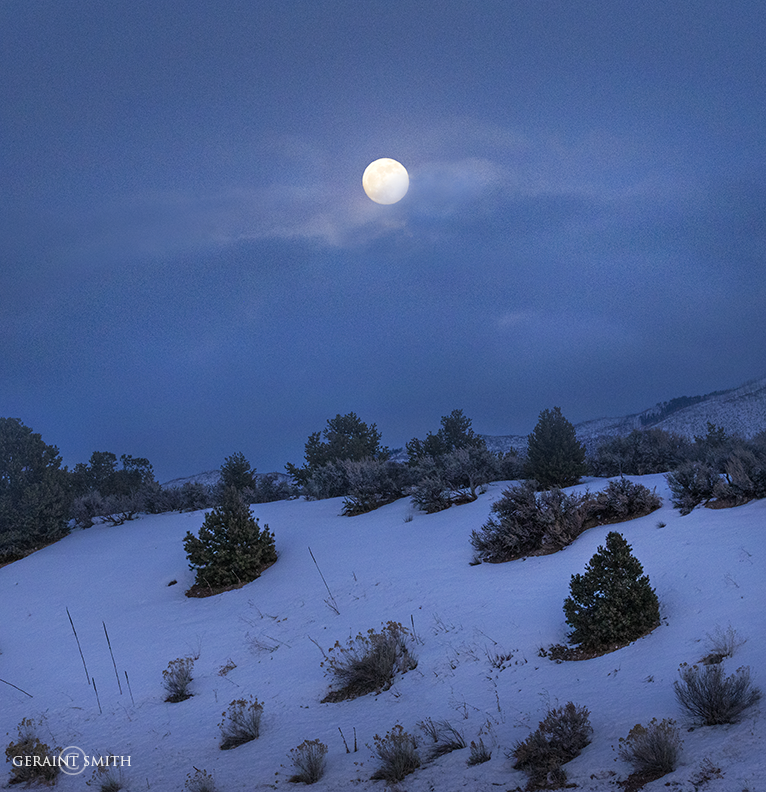 Dennis’s Tree, moon rise, over the Sangre de Cristo Mountains, San Cristobal, NM. My few favorite evenings of the months are around the full moon and the waxing and waning crescent moons. I hope you get out there and check out a moon somewhere near you! Thanks for looking. G 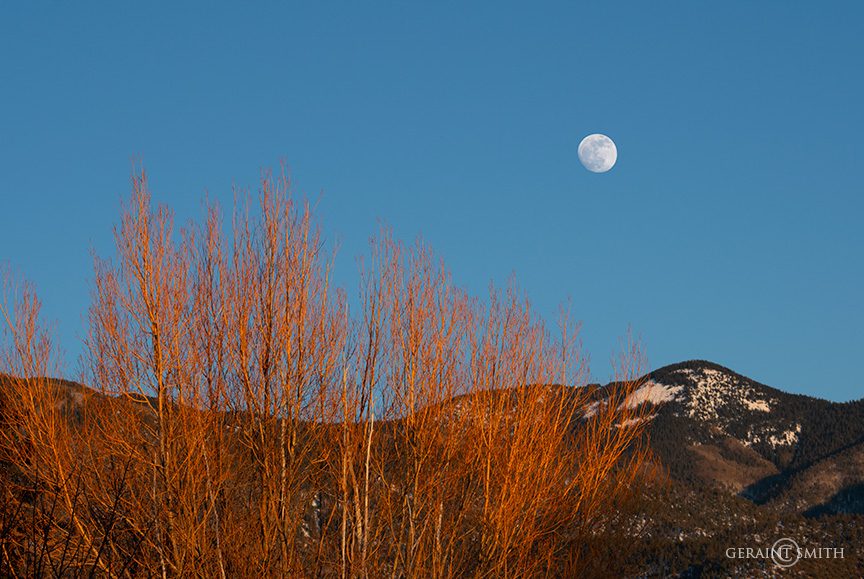 Wolf Moon waxing crescent, sunset, from the driveway, San Cristobal. It’s not far from the house for a great view in all directions. This view was to the southwest shortly after the sunset. I’m looking forward to the super moon eclipse on January 20-21, 2019. Stay tuned and thanks for looking. G 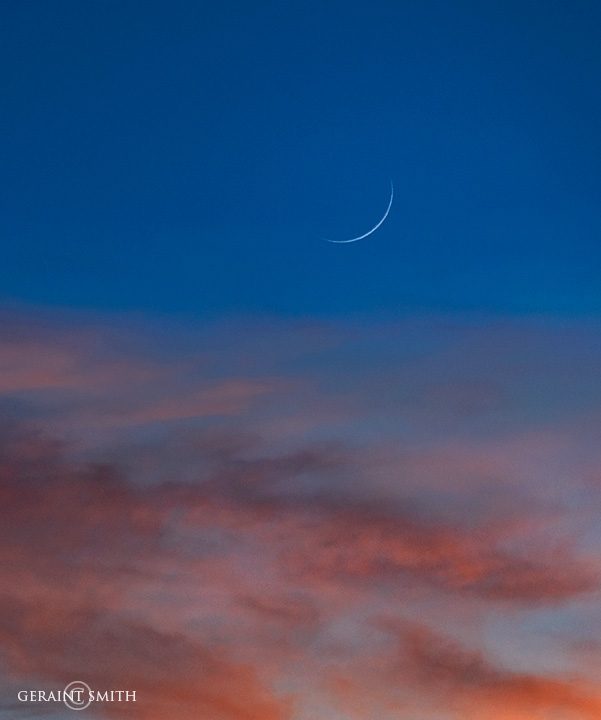 A drive by sighting in El Prado, NM this evening. The “Wolf Moon” burst on the scene as if arriving at its own surprise party. People showed up, and were pulled over all along the highway north of Taos. Thanks for looking. G 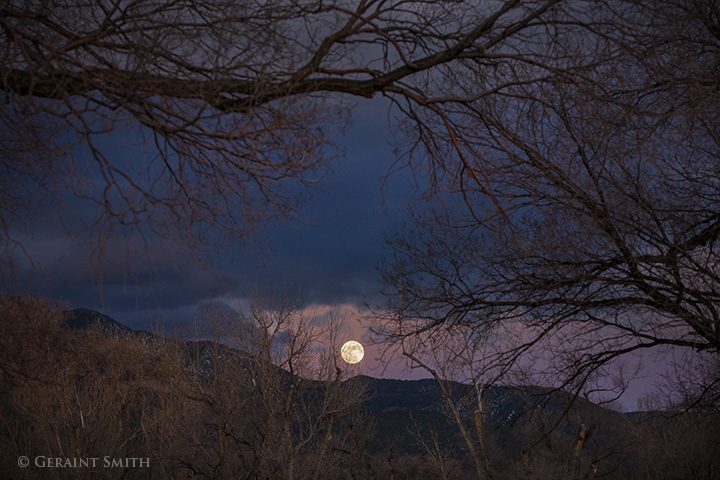