Untitled. We went for a drive last week and spotted a house in Costilla, NM adorned with these small flags. I think they were in honor of Veterans Day a couple of weeks ago. Anyway, they looked colorful along the fence line and this one, against the wall with shadows, stood out in particular. The first few images I made didn’t amount to much as the flag was furled on itself. I don’t like to influence the scene … I mean … I could have got out of the car, unfurled it, made my image and left. As is often the case in times like these, before my thought of contrivance had left my head, the wind whipped up the flag, first one direction then the other. Thanks for looking. 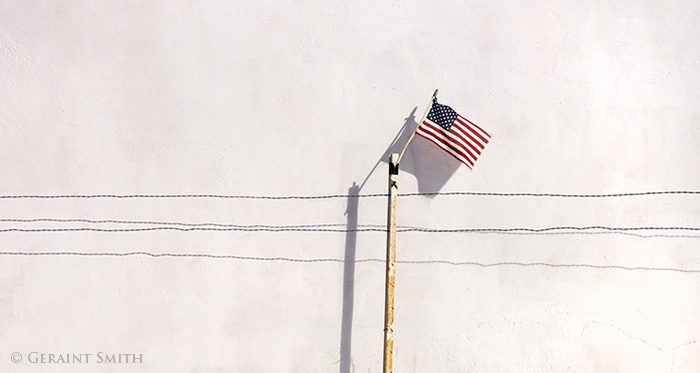 Shadows at the St. Francis Church