San José de Gracia de Las Trampas, NM. Yesterday on a photo tour on the High Road to Taos the light was stunning in the mountains, Spanish villages, hamlets and in particular, on this old adobe church. High above the Taos valley in the slightly cooler temperatures, the air was free and clear of the waffling fire smoke we’ve seen in Taos for the last few weeks. A popular spot and photo op on the High Road, the church of San José de Gracia, built between 1760 and 1776, is one of the least-altered examples of a Spanish Colonial Pueblo mission church. It was declared a National Historic Landmark in 1970. Thanks for looking. G 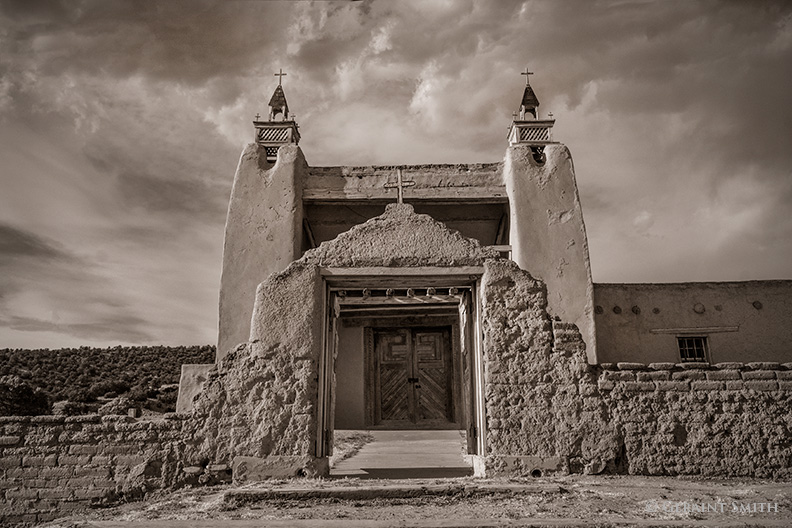 Adobe, bell and clouds. An other flashback moment to 2004 with that New Mexico evening light on a gateway and bell in the Ranchos Valley, Taos, New Mexico. Thanks for looking. G 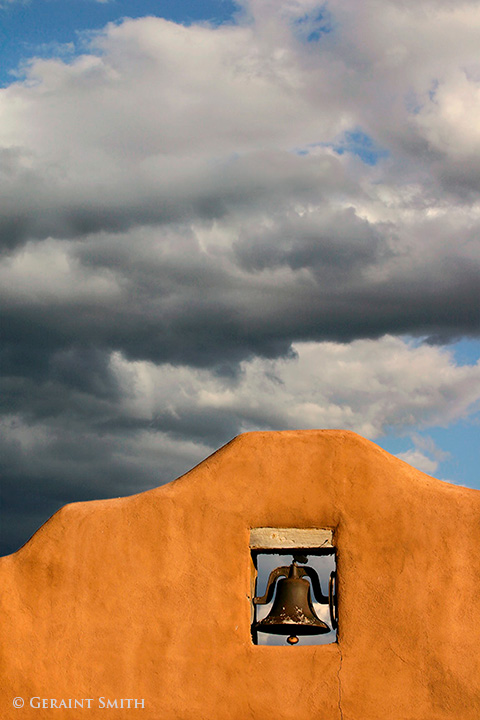 Adobe Route, Free Climbing Pigeons. “I got this… I got this!” at the St. Francis Church Ranchos de Taos, NM. I’m guessing here… perhaps they were eating seeds they discovered in the mud or bits of gravel for their crop. One thing I’m certain about, as I watched them work their way up the building, flying would have been the easier route to take. Thanks for looking. G 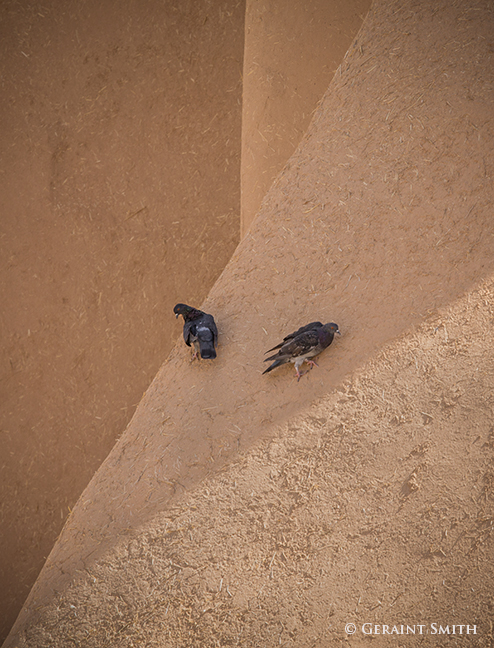 Old Martina’s Hall, Ranchos de Taos, New Mexico. A play on words: Old Martinez Hall now Old Martina’s Hall. Martina being the new owner. I’ve driven by this building for a while now and the sculptural lines have always fascinated me. In the past, I’ve made images of the “Old Martinez Hall” and purchased beer at the now defunct drive up liquor window before the state rightfully banned drive up liquor  windows. On this occasion, I can safely say, it was the snow accentuating the sculptured form of the building that caught my eye as I drove past. Thanks for looking. G 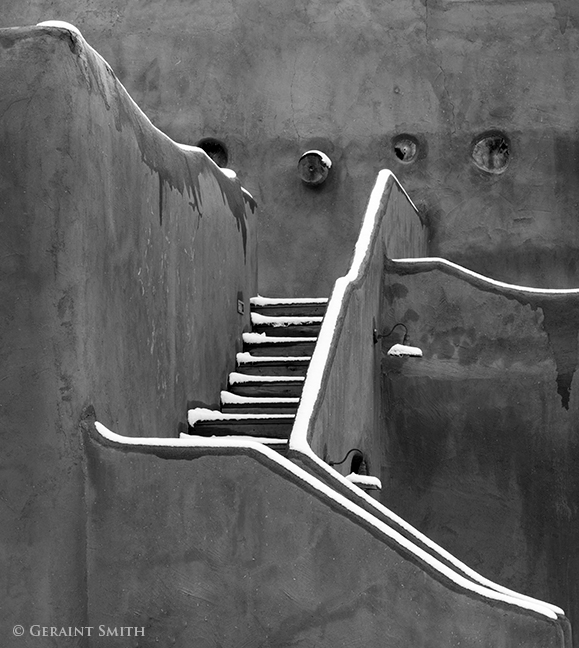 Adobe Crumble … what more can I say? Ok… I like the randomness of the adobe brick textures squared off against the smoothness of the window panes. The bounced light filling in the shadows has a nice glow I like. Thanks for looking. G 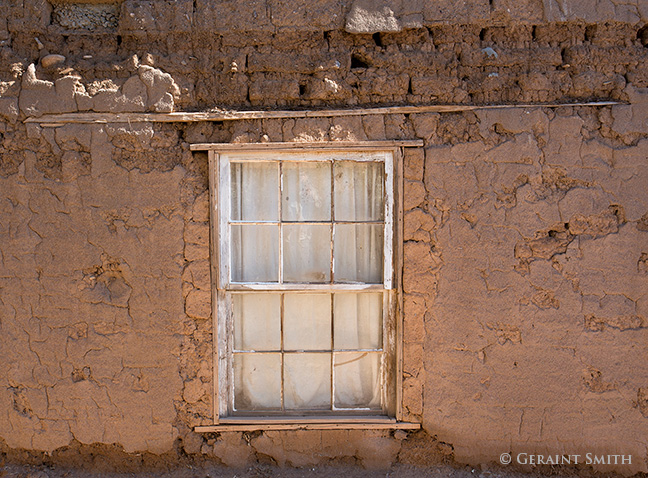 Holy Trinity Church is close to my Fine Art Gallery in Arroyo Seco, NM. I often make the twenty yard stroll to see how the light looks on this historic adobe building. Sometimes it’s an intense afternoon glow under the New Mexico sun, or in this case, the belfry and branches are stark against the sky on a winter’s day. Not a problem! Tomorrow, I’ll take another stroll around the corner to see what’s happening in the neighborhood. New Mexico almost always surprises me when I least expect it. Come and visit! Thanks for looking. Click here for another image of this building. 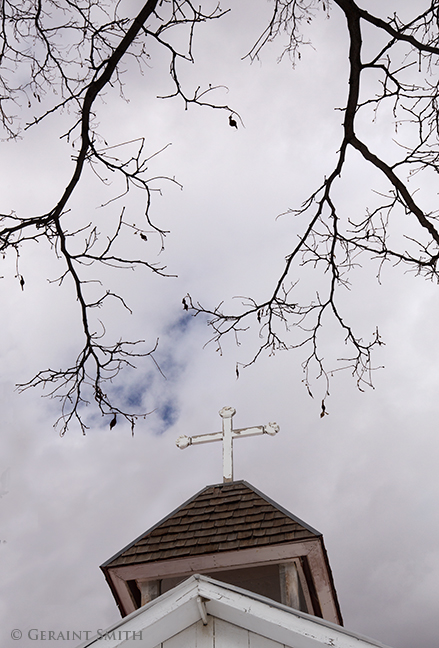 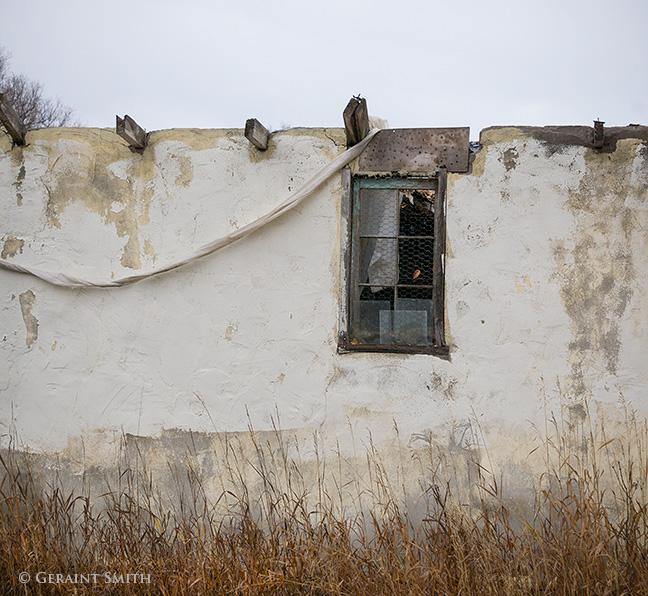 When driving around looking for images to make, I’ll often find a place to pull over and return to what I saw. On occasion the scene I saw was created by the motion of objects passing more objects. Other times the pre-visualization comes together. I whipped past this scene of abandonment along the roadside. I’ve driven by it many times. It was pouring rain. The window caught my eye first but the muted colors are what appealed to me most. The fabric, the cockeyed rafters made for two whimsical elements, and the warm tones of the grasses added color and softness.
Adobe Abode 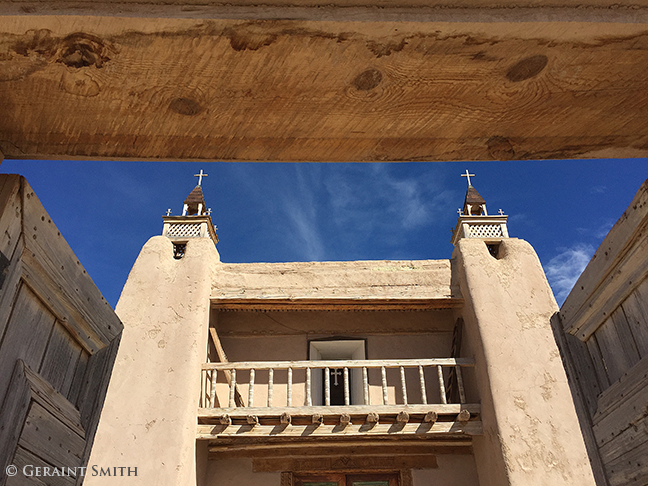 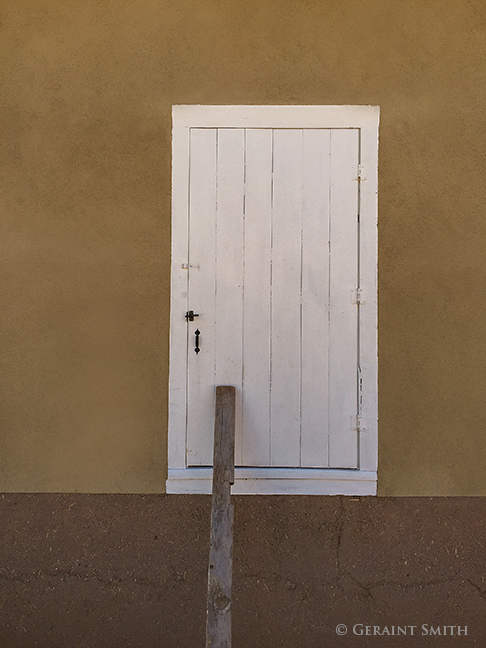 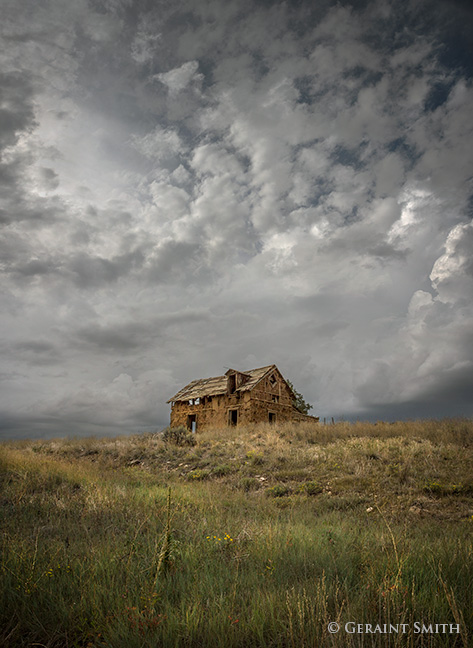