San Jose, (Saint Joseph) mission church was built in 1699.  The church is built in the early Pueblo style of architecture, and is constructed of field stone, adobe, mortar, and plaster. The interior is adorned with Laguna Pueblo art paintings and stations of the cross. We arrived here yesterday, one of the last stops on a five day photo safari around northern New Mexico. The sun was low in the western sky and the church was shrouded in shadow. At first I blocked the sun behind the cross, that gave me a decent exposure on the building and cross, and worked with what I first had in mind. When I moved the camera slightly and pointed it directly at the sun, it gave me an under exposed image of the building and foreground cross. The resulting image was more satisfying, and also created the sun star that seemed fitting for the location and subject matter. Thanks for looking. G

San Felipe de Neri Church. I love finding views that I haven’t seen before like these balcony shadows  at the Catholic Church on Albuquerque Old Town Plaza. 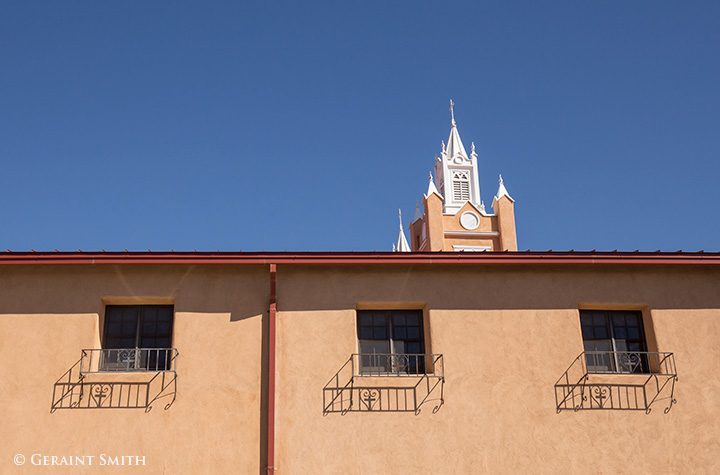 San Felipe de Neri church, Old Town Plaza, Albuquerque, New Mexico. I like finding new peep hole that reveal a familiar view or subject I’ve encountered in the past. Thanks for looking. G 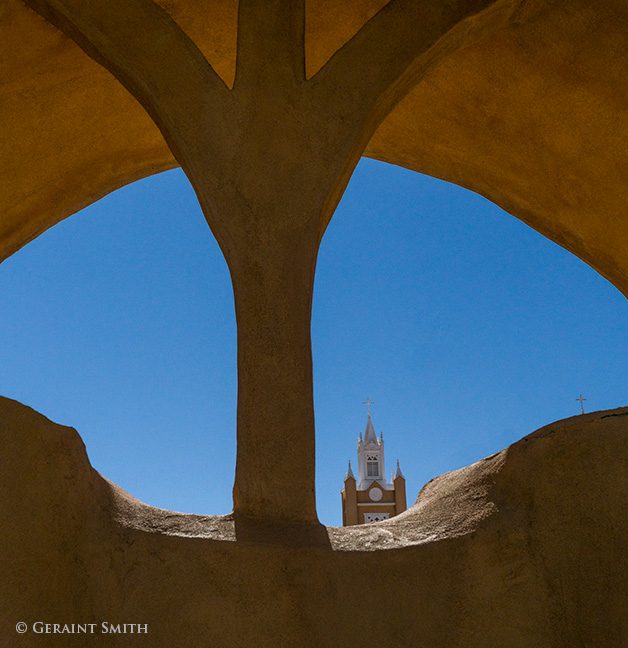