Comet Neowise, tipi and stars. One last view from where I saw it with binoculars first. It’s fading now but it sure has been a treat to see and observe it’s trajectory across our sky. Thanks for looking. G 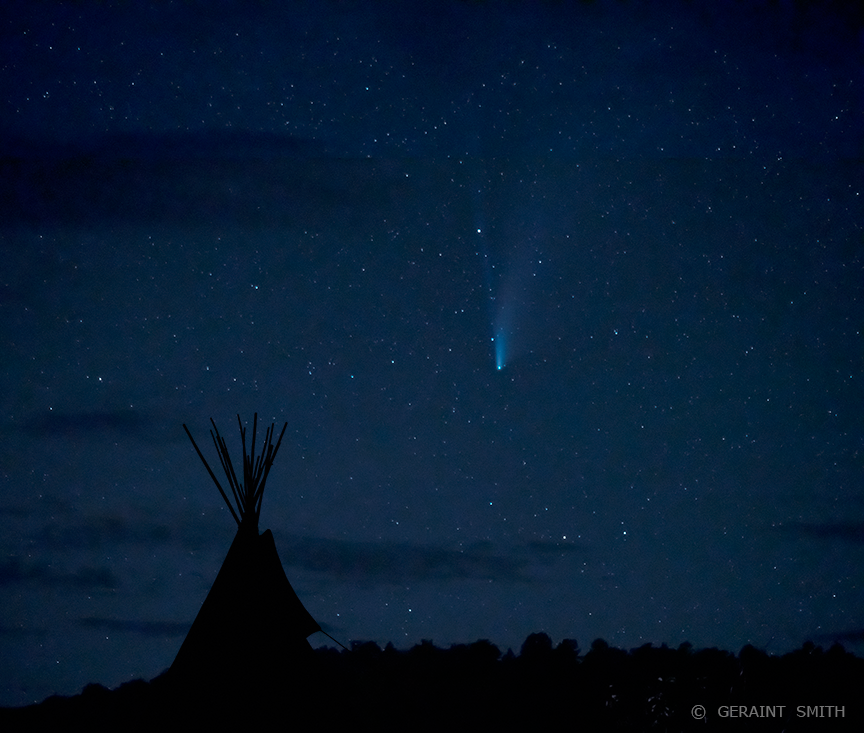 Full Moon, San Cristobal Valley, NM last night, waiting for the exact moment the moon is full and the subsequent eclipse. This image was at 10:44pm when the moon was precisely full. I didn’t see any difference at all that indicated an eclipse, but tonight I’m going to watch for the Moon, Jupiter and Saturn around 10:30pm. If you have binoculars you should be able to spot Jupiter’s moons, though Saturn’s rings maybe a little more elusive to see. Thanks for looking. G 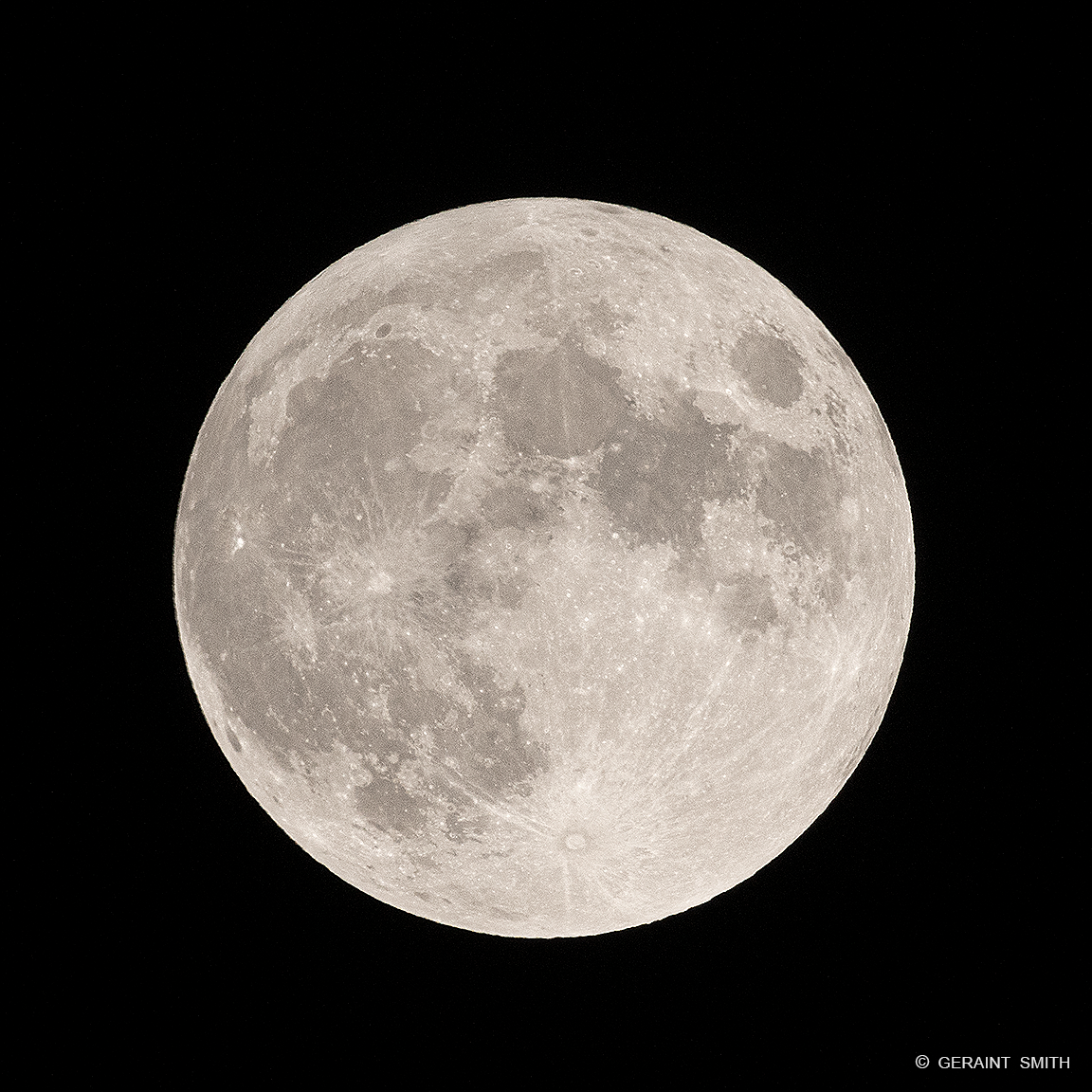 Venus, Crescent Moon, over San Cristobal, NM. I was out on the deck three nights this week enjoying the Venus, Moon conjunction. Did you see it? The planet and moon were hidden, here in San Cristobal, earlier in the evening. When they ultimately emerged from the clouds I was suspended in time, until that is, a plane passed between the moon and my camera. You can make out the plane in the second image. Thanks for looking. G 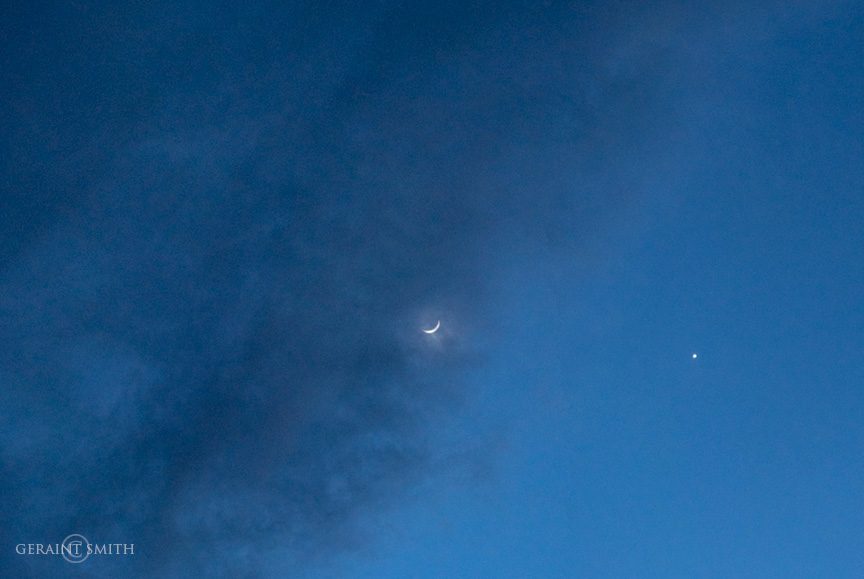 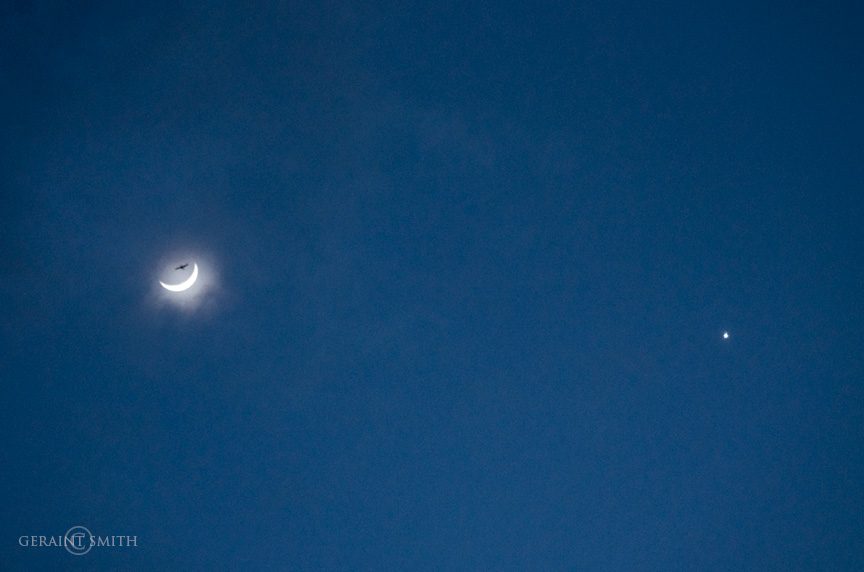 Mars, Jupiter and Crescent Moon conjunction bright and early this morning from the deck in San Cristobal. A quick look out the bedroom window at 5am. Then out to the deck for this grouping. Mars was clearly discernible and I could just make out two of Jupiter’s moons. Saturn was out there too, way east of the group. I’ve added a shot below. Thanks for looking. G 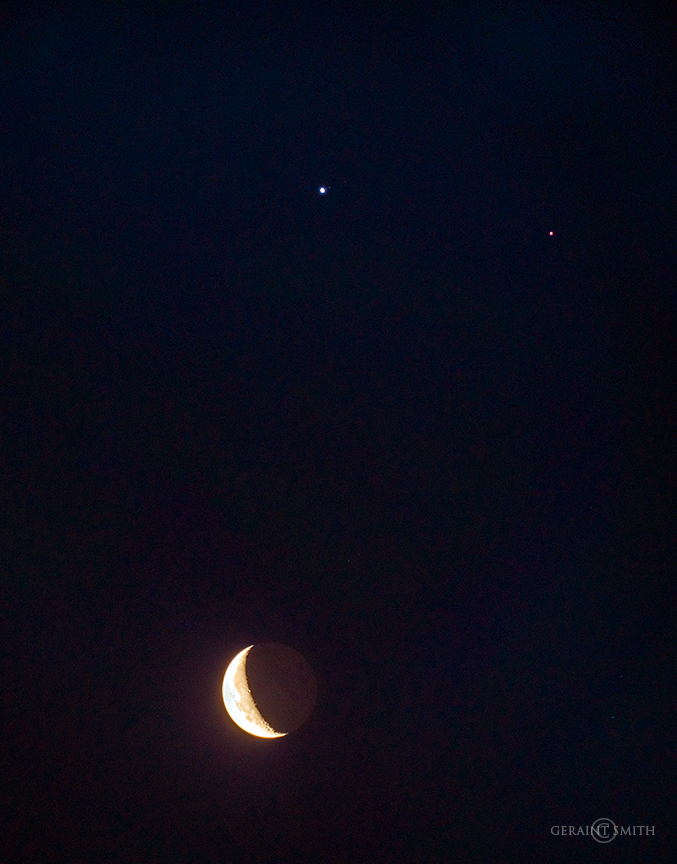 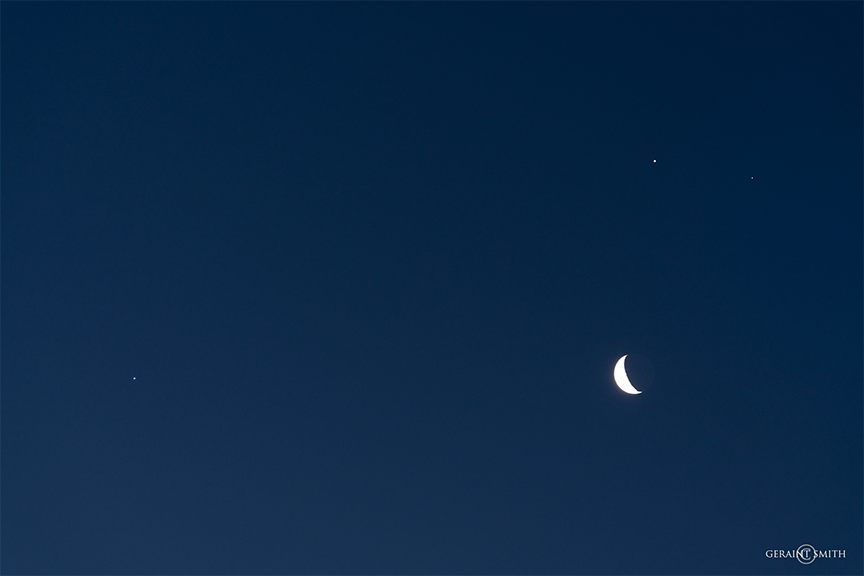 Mars with Lunar occultation (covered), 02-18-2020. Mars crept out from behind the Moon and appeared through the clouds this morning. Shortly after I made this image at 5:57am the clouds dispersed. Had I stirred from my sleep a couple of hours earlier I would have been able to observe Mars get swallowed up by the bright crescent. Thanks for looking. G 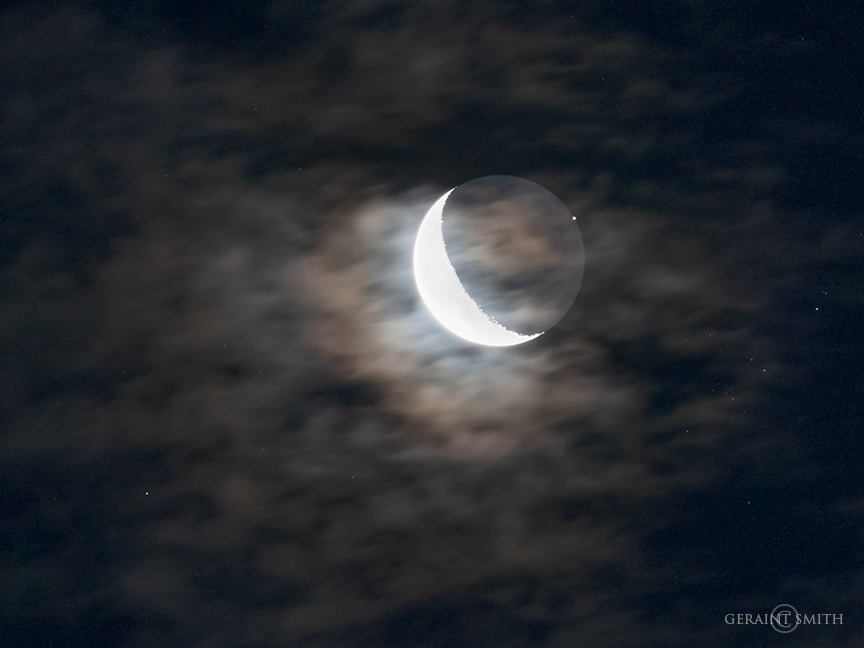 Milky Way from the deck in San Cristobal, New Mexico. We stepped outside to see the crescent moon. The stars in the Milky Way were so bright, and Jupiter was dominating the sky above the house. The ambient light in the clouds on the horizon is from Taos. The grasses and trees are lit by a quick flick of the flashlight. I’m always inspired by the night sky in northern New Mexico where we live, some times to make an image and other times to just stand in awe. Thanks for looking. G 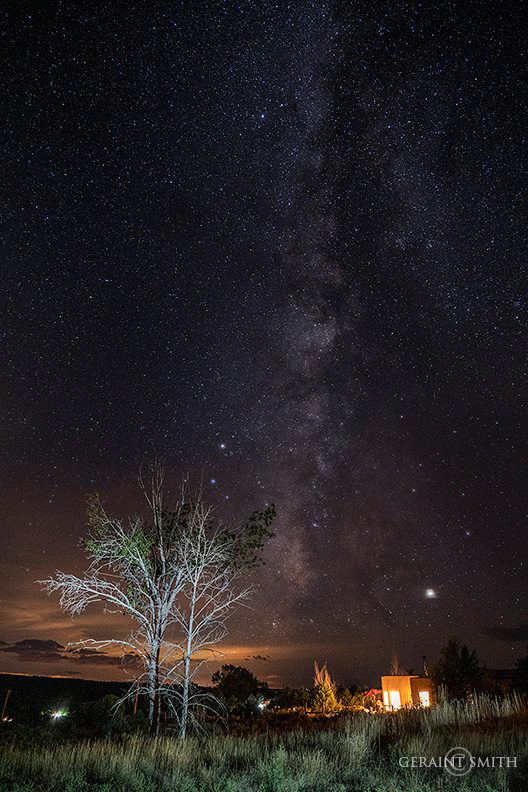 Harvest moon rise, over the Sangre De Cristos, mountains illuminating the clouds. This is the view from our driveway in San Cristobal on the night of Friday the 13th. I had meant to post it on the day, but…! So here it is. The warm color is from a forest fire controlled burn in the foothills and the smokey haze affected the color of light in this scene. Happy harvesting and thanks for looking. G 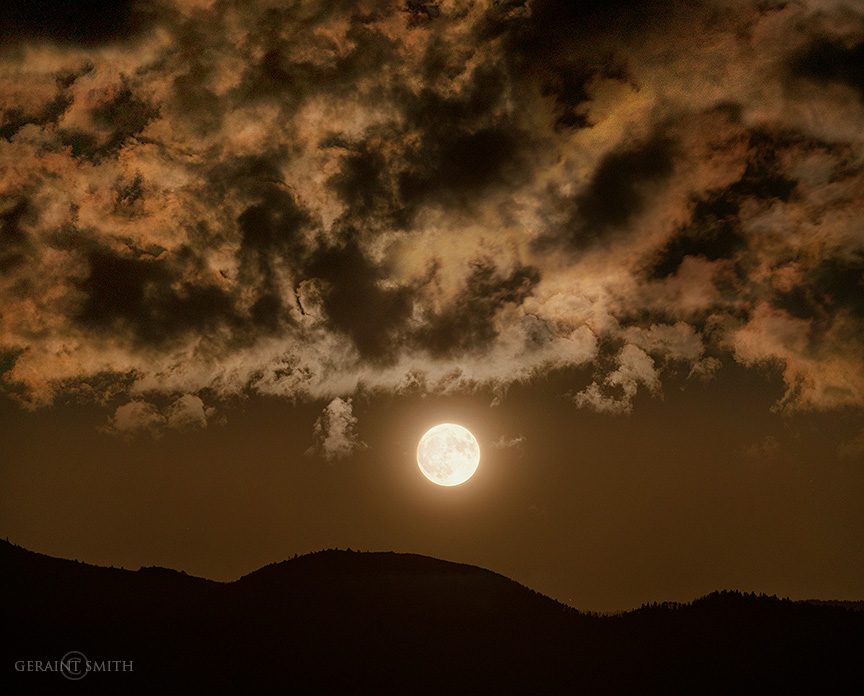 The Mittens with Merrick Butte and car headlights. Monument Valley, Navajo country at night. Many aspects of the southwest are stunning. This scene, with headlights from a truck driven by a Monument Valley resident is encumbered by the light pollution from distant towns. Farmington NM, Bluff UT, Cortez CO and more illuminate the horizon. The bright foreground light is pollution from the hotel on the valley rim, formally occupied by a campground frequented by large groups of German tourists playing western movie tunes on boom boxes. Things change. Thanks for looking. G 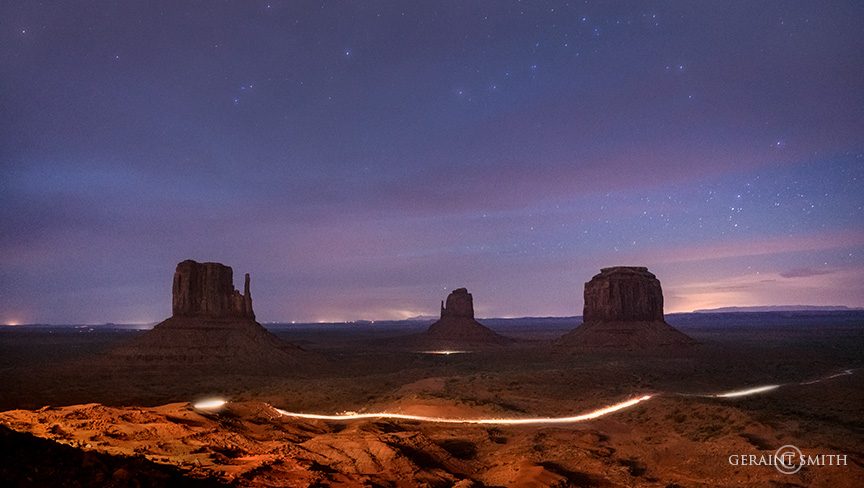 Full Moon and stars at the Taos Tipis. Throw back Thursday or flash back Friday depending on when you view this image. Delving in the archives from 2015 today, I came across this file. The light on the tipis came from the security light on the building and balanced nicely with the moon and stars. The tipis are gone. For a while they added some nice foreground subject matter against our crystal clear New Mexico skies. Things change. Thanks for looking. G

Super Wolf Moon eclipse, in the crystal clear skies San Cristobal, New Mexico yesterday evening. The event of the year so far. I used this opportunity to check out the new sony lens on the night sky. I spent the whole evening out under the stars observing and photographing eclipse. When totality happened the stars became ever so present. It was stunning. I hope everyone was able to see this event. Thanks for looking. G 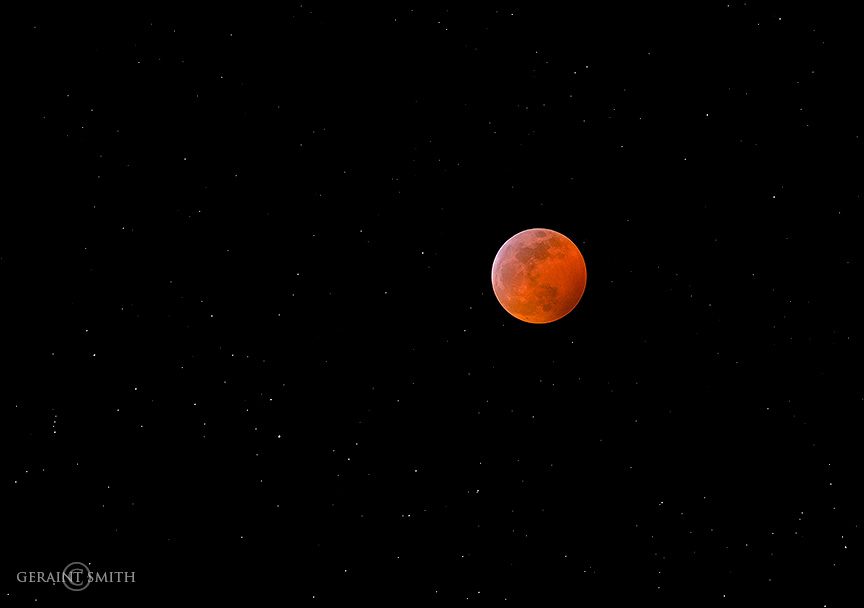