Some shots around the extended neighborhood these last couple of weeks. Still a lot of snow in the high country and a brightly colored cattle guard glowing like Kodachrome® yellow. An Osprey with a half-eaten fish on a fence post in the Chama Valley followed by an elk skull and antlers with a backdrop of San Antonio Mountain and great sky over the Volcanic Plateau. A few days ago we cruised north into the San Luis Valley and found an RV standing alone under a brooding sky and the Road G intersection with Road 7 looking north towards Blanca Peak and south to Ute Mountain. Last but not least on a photo tour/workshop two weeks ago, Chile Trompe l’oeil in Costilla and El Rito, NM. Thanks for checking in and looking and for all the great comments, emails, and compliments. G

Things I’ve seen and done in the last couple of weeks.

I’m continually reviewing images from previous weeks and months. The following images are from the last couple of weeks. Some from the front field and some from trips out in the greater field. I’ve also included an image of my daughter pulled from way back in 2004 that I’ve re-worked for printing. And lastly, a little something from 2005 for this weekend’s happy hearts day.

I begin with the most recent from yesterday morning with this month’s waning moon rising over Taos Mountain.

The following are a couple of images from a drive Pami and I did into the San Luis Valley the last time it snowed.

Last week Chris Ferguson and I drove south to Carson, NM for a photoshoot on the Rio Grande Gorge Rim. We had some beautiful winter sunlight in the late afternoon to create another set of old west inspired images. Stay tuned for a few more from the last couple of these commercial shoots I’ve collaborated on with Chris, at Tres Estrellas.

A rather dense sunset last week on the way home from the Cellar, our local bottle shop. Not the color of fine red wine as is often the case with the Sangre de Cristos. Despite the heaviness, this sunset got a lot of attention from locals judging by the number of posts on Facebook.

My daughter, taken back in fall 2004 in Taos, New Mexico. If she could get into or under anything she would. I reworked this image in order to make a print I’ve wanted to hang.

And lastly, something appropriate for this weekend. Fly me to the moon in a valentine balloon.

As always, thank you for looking.

Taos Plateau Volcanic Field, moon setting, northern New Mexico. From left to right, Cerro Chiflo, Cerro de la Olla, Ute Mountain, San Antonio Mountain. The road heads west across the plateau, over the Rio Grande, with the waxing moon, and beyond into the sunset. Thanks for looking. G 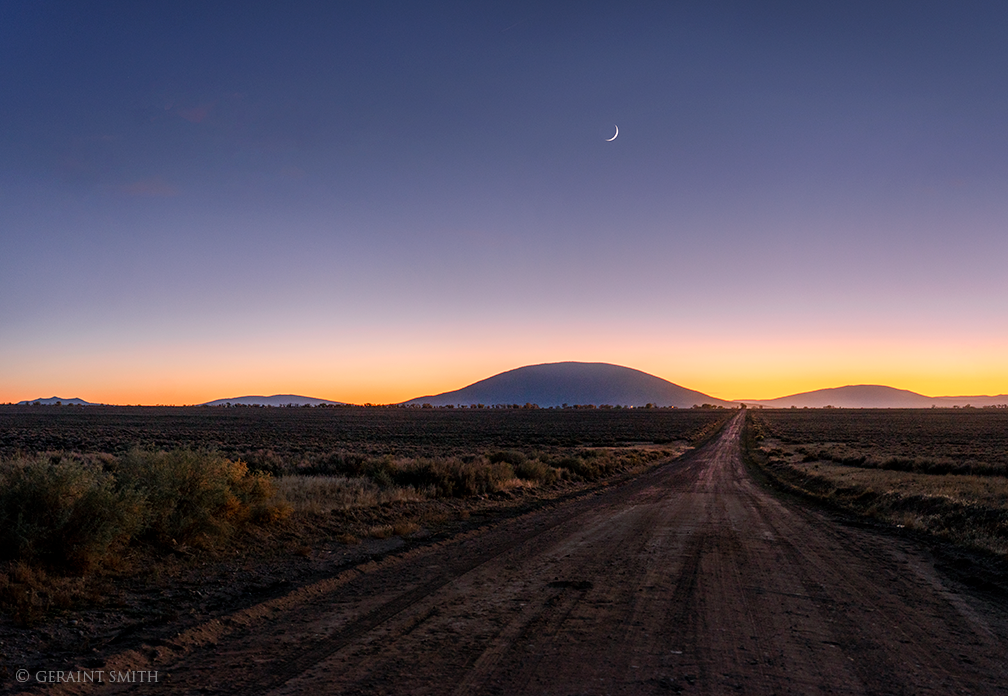 San Antonio Mountain, Taos Plateau, Volcanic Field, Storm. Going back a couple of weeks to my drive around the big, two hundred and fifty mile block, I ended the day feasting my eyes and training my lens on this sight. Thanks for looking. G

San Antonio Mountain, New Mexico with center pivot irrigation system, arching over the mountain. When I saw this scene I had a notion that I might be able to line the two up. I positioned my self and waited for the water stream to recycle. I was lucky that San Antonio Mountain (an extinct volcano, reputed the be the largest free standing mountain in the continental US) remained in the sunlight. Thanks for looking and for joining me in the moment. G

Highway 522, northern New Mexico. Can’t beat the ride home with epic views and skies. On a clear day we can see the snow covered, fourteen thousand foot peaks of southern Colorado. The mountain ahead, is San Antonio Mountain, an extinct volcano and largest free standing mountain in the lower 48 states, not a part of any mountain chain, at least that’s what I’ve be told. I like being able to look out and see forever. There’s a song title there, I think you know it. Thanks for looking. G 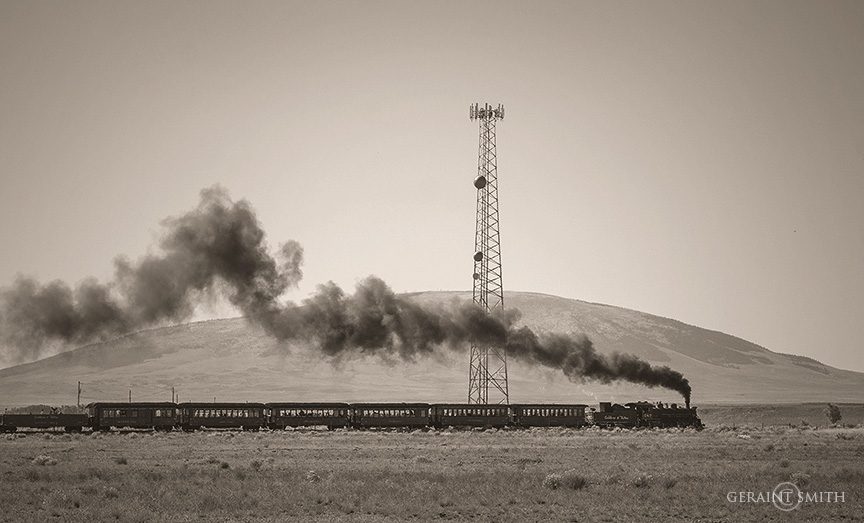 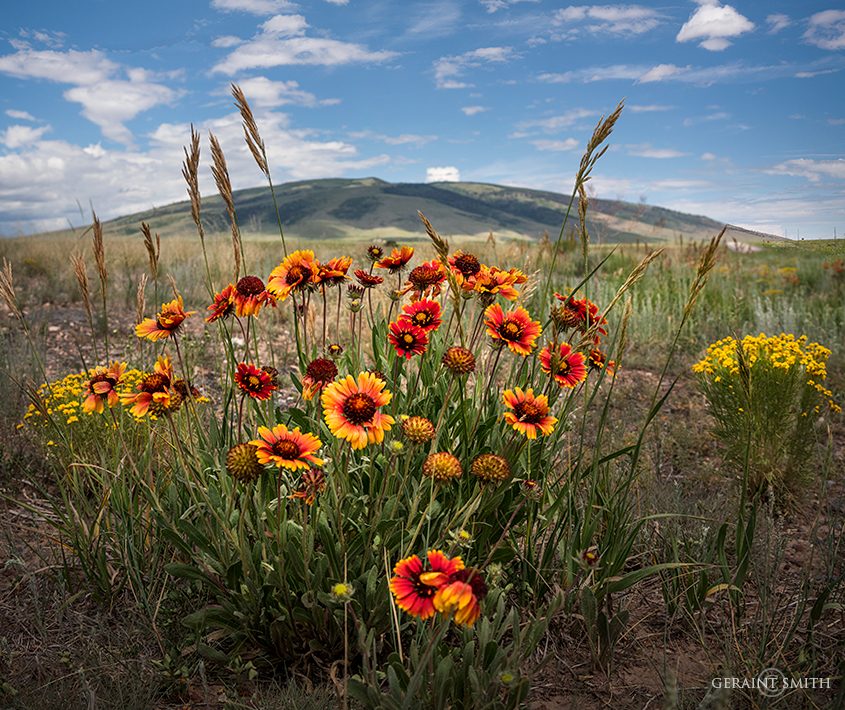 San Antonio Mountain with a cloud, on the New Mexico, Colorado state line. We were heading north for a short evening drive. This cloud was coursing over the volcanic plateau, keeping up with my driving. When the cloud was positioned directly over San Antonio Mountain I pulled over and made this image. This mountain is an extinct volcano and is the largest free standing mountain in the 48 states. The plateau is dotted with many old volcanoes, and lava cones. This area is a beautiful part of our state with great subject matter for photography. It is featured on my San Luis Valley photo tours. Thanks for looking. G