Night Before And The Morning After

The night before and the morning after. Pulled into our driveway yesterday evening to this beautiful light on the fall color. The image below is this same location in the driveway this morning. Thanks for looking. G 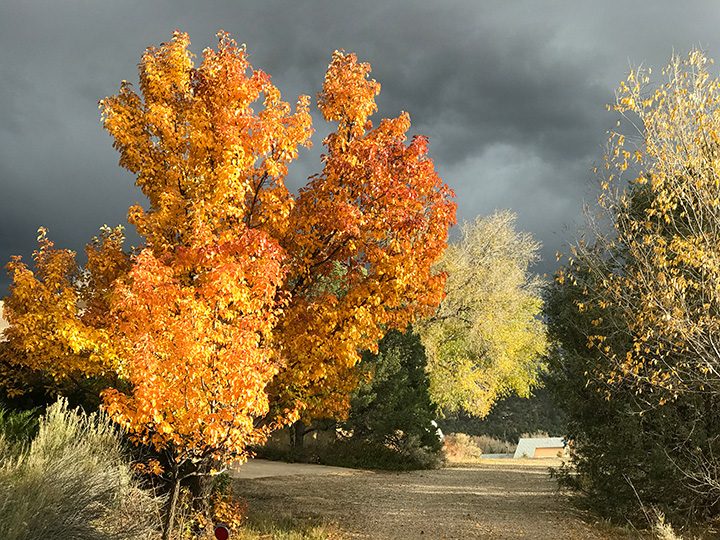 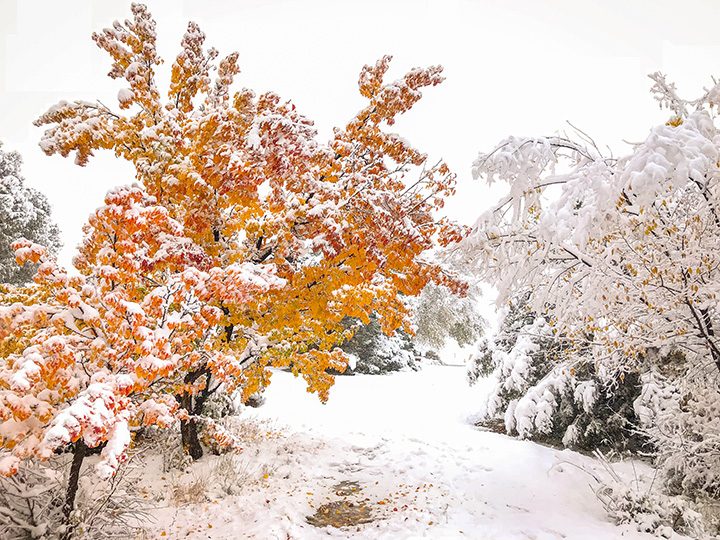 National Monument day out. Days out on the road are memorable, some days more so than others. In the Rio Grande del Norte National Monument around Ute Mountain it can be sublimely memorable. The silence is palpable; the peace and tranquility immeasurable and the history is no further than I am able to imagine. Thanks for looking. G 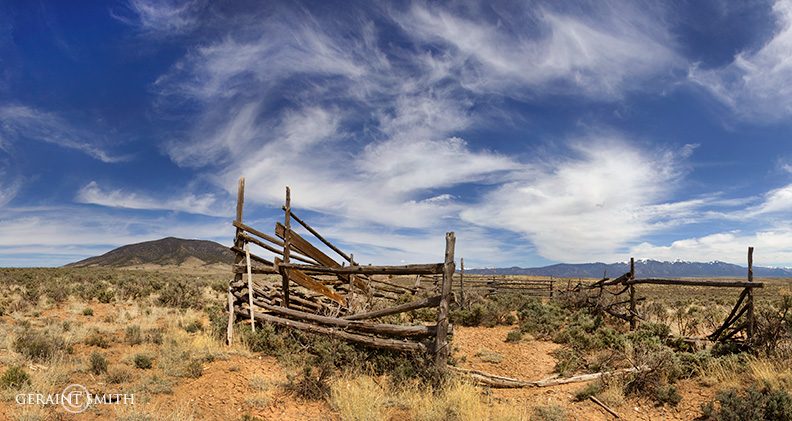 Colors Of Fall In The Arroyo Hondo Valley

Colors of fall in the Arroyo Hondo Valley, northern New Mexico. Although I pass this spot on the map almost every day, most certainly when I go into town, it’s a joy to see the colors begin to intensify each fall to their absolute peak. Similarly, watching them fade slowly to the other end of the fall color spectrum is equally noteworthy. It has been an incredible fall in northern New Mexico and it’s not over yet. Ask anyone you meet, they’ll agree. I hope you do, and thank you, as always, for looking. G 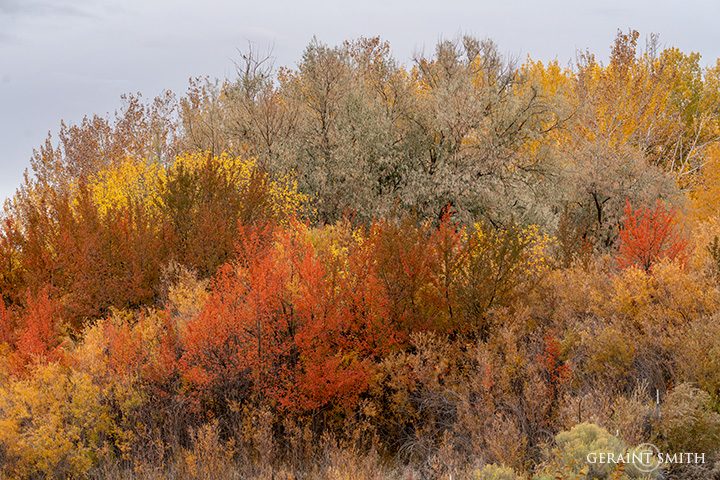 Encounter Over The Fence 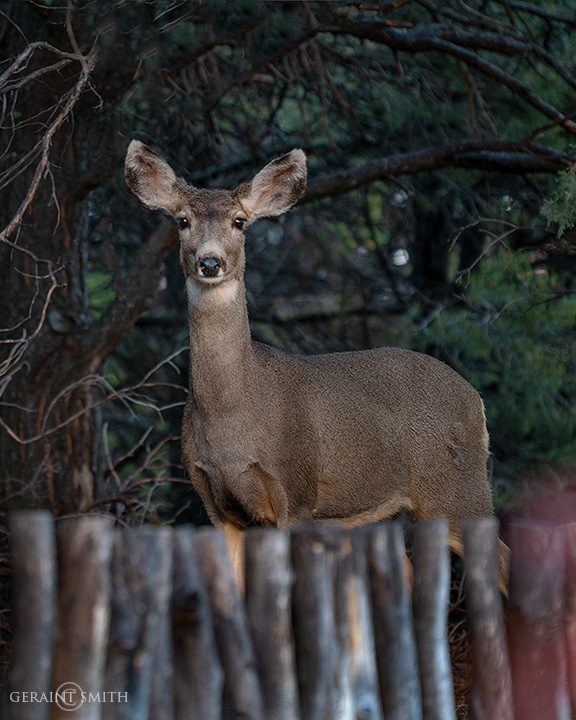 Solitary tree and the sun appearing as a disk through the fog. Although the fog was moving rapidly to the south (to the right of frame) it gave the impression that the sun was traveling at a high rate of speed northwards until the tree, motionless, reined it in. I could have watched it, mesmerizingly, four an hour. But standing in the road, entranced by this scene was not a good idea. Thanks for looking. G 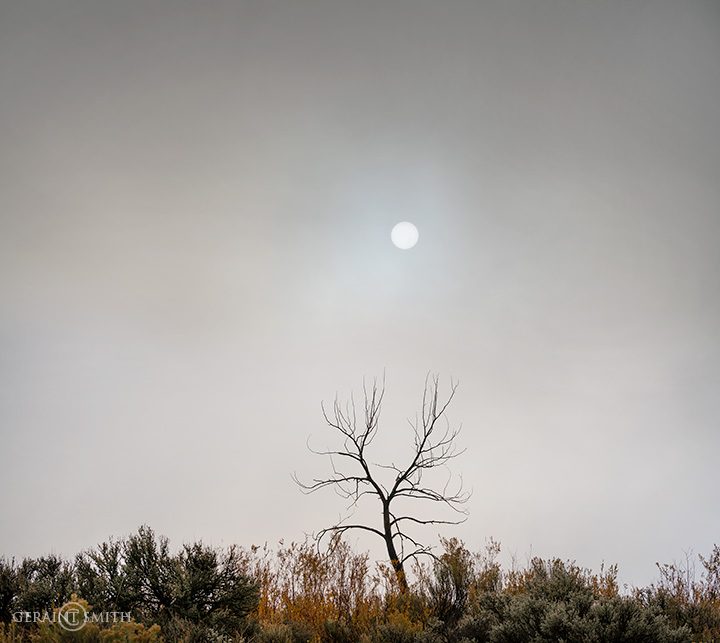 Ojo Sarco Valley church on the High Road to Taos. Surrounded by the tops of the colorful cottonwoods with a backdrop of the juniper and piñon hills and the snow covered Jicarita Peak. It was a splendid time to visit this area just after the first snowfall. Thanks for looking. G 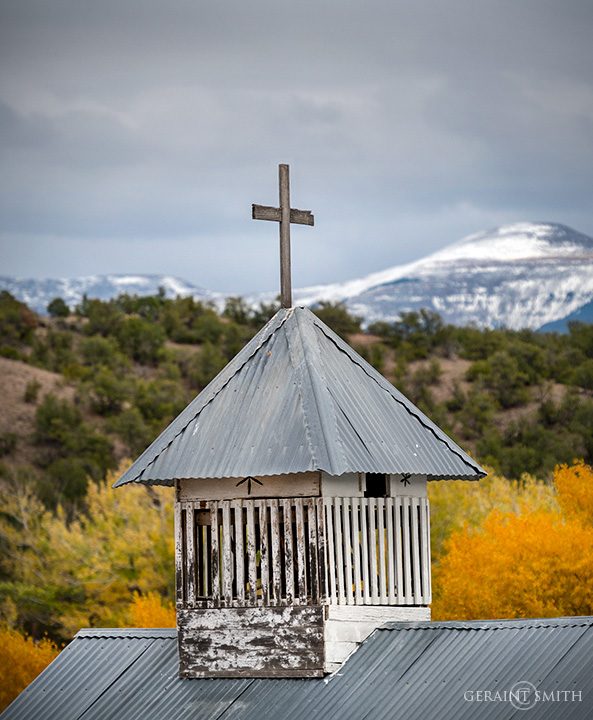 Morning clouds rising over an old adobe home, cottonwoods and the national forest, in the San Cristobal Valley, NM. I went out to watch the moon set across the plateau. I decided to drive up into the foothills for a better view and found this scene in the valley. The moon had vanished into the clouds on the western horizon. This was the payoff. Thanks for looking. G 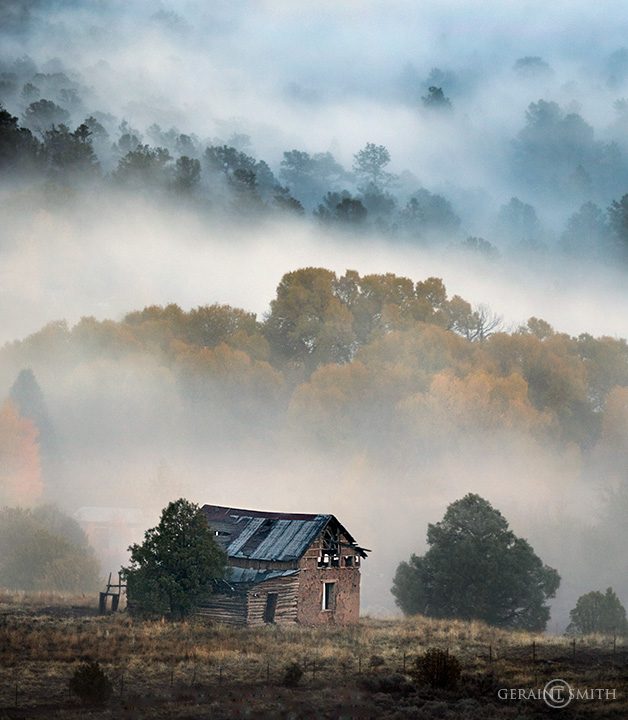 Clearing storm, on the Sangre de Cristo Mountains, of northern NM. I don’t have to go very far from home to see a scene like this. It’s just a short walk down to the lower acreage. After a night of rain, that continued throughout today as well, it was great to watch the lingering clouds gradually lift and work their way along the ridge lines. When a momentary shaft of sunlight lit up some of peaks, I made a few images and called it a day. Thanks for looking. G 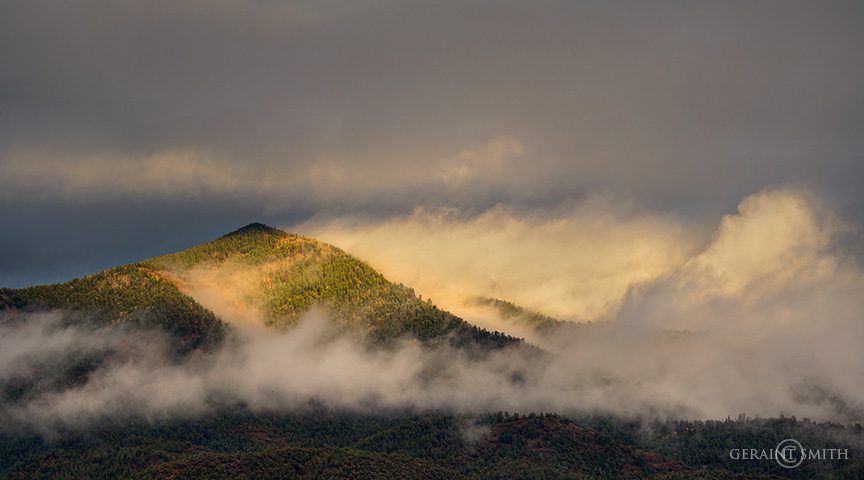 Forest road in the Sangre de Cristo Mountains of northern New Mexico. Walking around this grove I saw whole epistles carved into the tree trunks. Someone’s undying this or that. Pledges for life. Who loves who and on what date. Except the trees, they have to wear this brand for a long time until the words expand into scars no longer decipherable as any language. I wonder how many trees will outlive the relationships professed to here in the woods. Thanks for looking. G 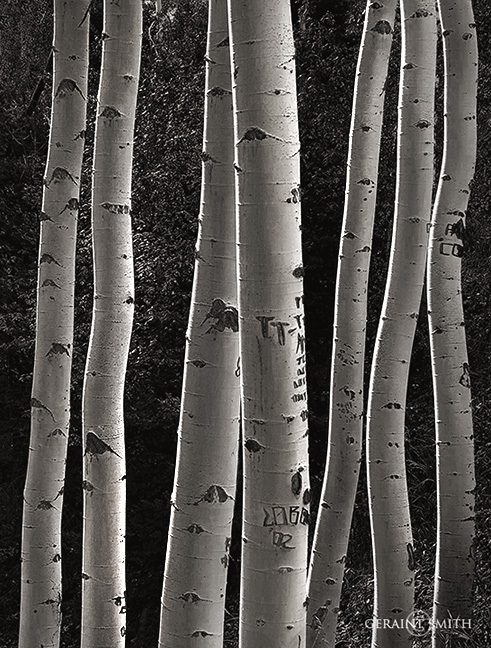 Chapel San Cristobal, in the valley of San Cristobal, New Mexico. The Magpie knows a good spot when it finds it. The soft filtered sunset light attracted the Magpie and me. An evening drive through the village and foothills of the Sangre de Cristo Mountains, softens the heart and nourishes the soul. Thanks for looking. G 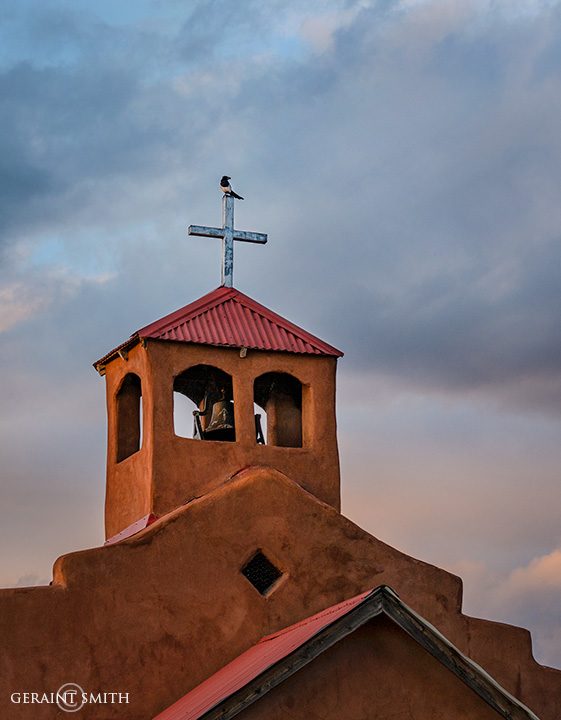