A bit of this and that!

This waterfall ran for a week fourteen years ago. I shot a number of images on February 14, 2008. I went back with a friend the next day after the sun came out. We had fun scrambling over the rocks. It was unusual that the temps reached 60º F that day. The snow melted and I was told by a BLM ranger that a small dam had broken above the falls. He said that the previous time he saw it flowing anywhere near to this force was twenty-six years earlier. It was a sight to behold. (Click to enlarge images).

I delved into the archives for this one. The tree held on for quite a while. It’s gone now. Of course, Cerro Pedernal is still looming large over the surrounding landscape. I shot this from the Rio Chama river road to the Desert Monastery.

Sitting in the same folder as the image above was this image from long ago. I think I recall the plant in a pot my daughter had on a windowsill.

It snowed a couple of times in the last month, so I got out and looked for an appropriate location. This building is in Costilla, New Mexico on the Colorado State Line.

Snow-capped Yarrow plant in the garden. All the yarrow lost their caps in the warm weather over the last couple of days. It was a pretty sight while it lasted.

One of my favorite portraits shot on Kodachrome 64, scanned and converted to black and white. I shot this on Christmas day at Taos Pueblo during the Matachines dance in the late 1980s.

I have a lot of fun making these blog posts. I hope you enjoy them. Thank you for all the comments and compliments. I really appreciate it. As always, thank you for looking. G

Cerro Pedernal, with storm clouds, from the Rio Chama road, New Mexico. This view is from over my shoulder in yesterdays image. I like to remind my photographer friends to always look behind, up and down from the obvious view in front. Many of my best images are from some of the more spontaneous moments I come across. Spotting them on the fly, heading down the road, and finding more than I originally planned. Join me, some time, when this current situation changes and I’ll show you some of New Mexico prime locations. Thanks for looking. G 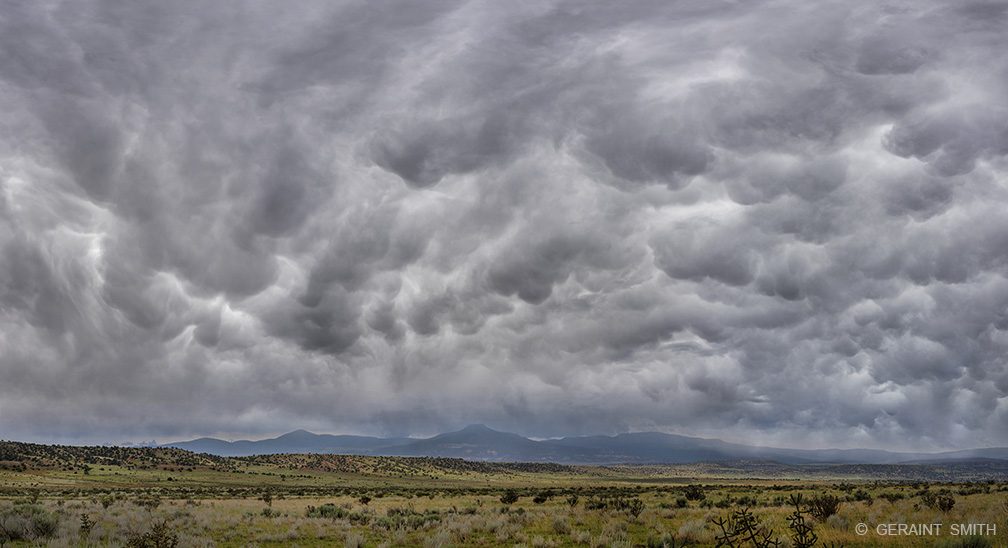 Update For The Times, Ladder To The Moon

Update for the times, “Ladder To The Moon” inspired by the Georgia O’Keeffe painting. I hope you don’t mind. I figured change happens along with a few decades of deterioration in the New Mexico desert.  Thanks for looking. G 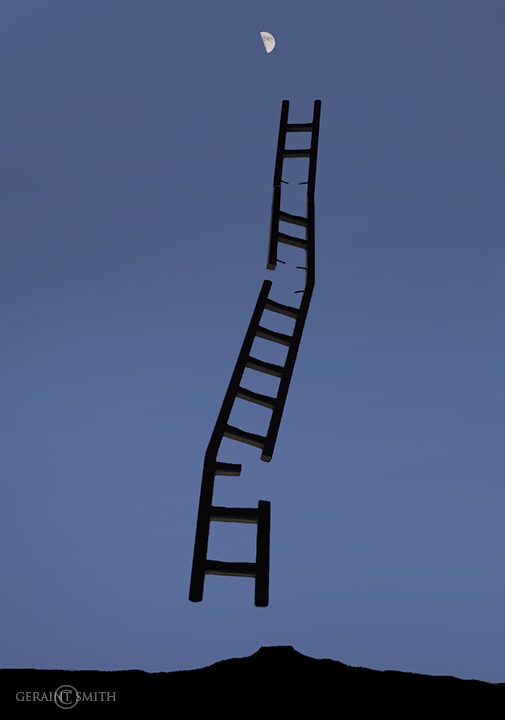 Ladder To The Moon, Ode To Georgia O’Keeffe

“Ladder to the Moon” ode to Georgia O’Keeffe for her birthday today. Born: Georgia Totto O’Keeffe, Nov 15, 1887, Town of Sun Prairie, Wisconsin, U.S. Died: Mar 6, 1986, Santa Fe, New Mexico, U.S. She would be 122. It seems like she is ever present in these parts still. I composited this from three images. Thanks for looking. G 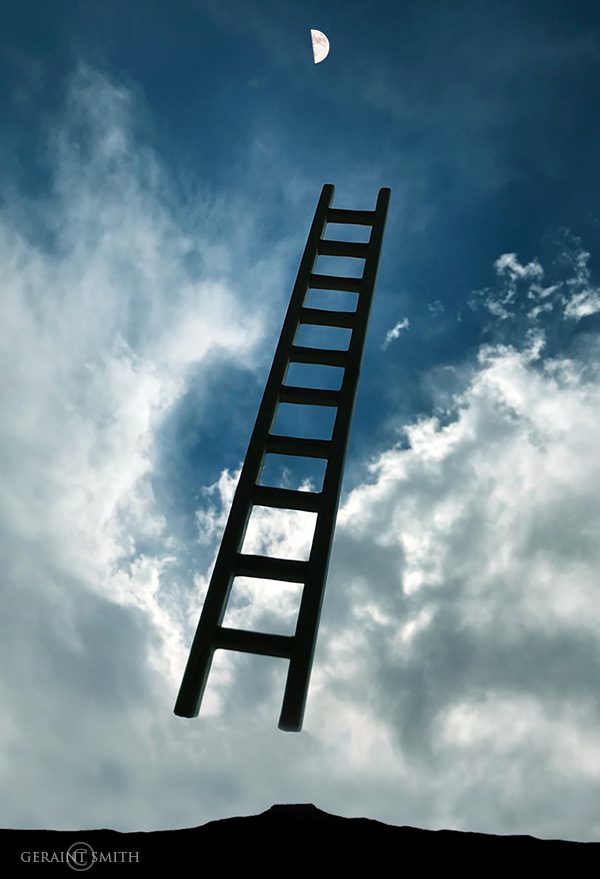 Cabin, Ghost Ranch, Cerro Pedernal. The cabin at Ghost Ranch, (Curly’s Cabin) from the movie “City Slickers” where the door is almost always open and the porch is a cool relief from summer temps. Thanks for looking. G 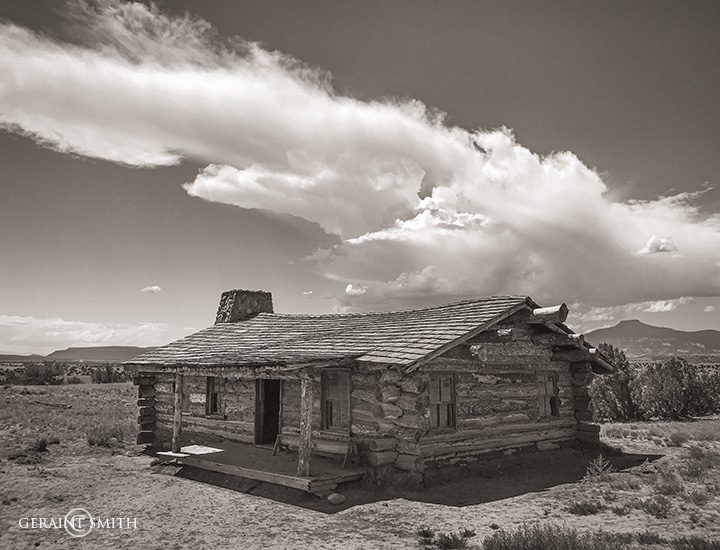 Moon set south west of Taos this morning. We left before dawn for Santa Fe. Although we had to get up earlier than usual we were accompanied by the very large setting moon. It appeared stranded, poised to enter the “belt of Venus” the earths shadow cast on the sky, (the blue band) and Cerro Pedernal. Cerro Pedernal is the flat top mountain in distance, familiar landmark in Abiquiu, Georgia O’Keeffe country. We were flanked by the moon for twenty more miles before it vanished in the ether. It was a beautiful start to the day. Thanks for looking. G 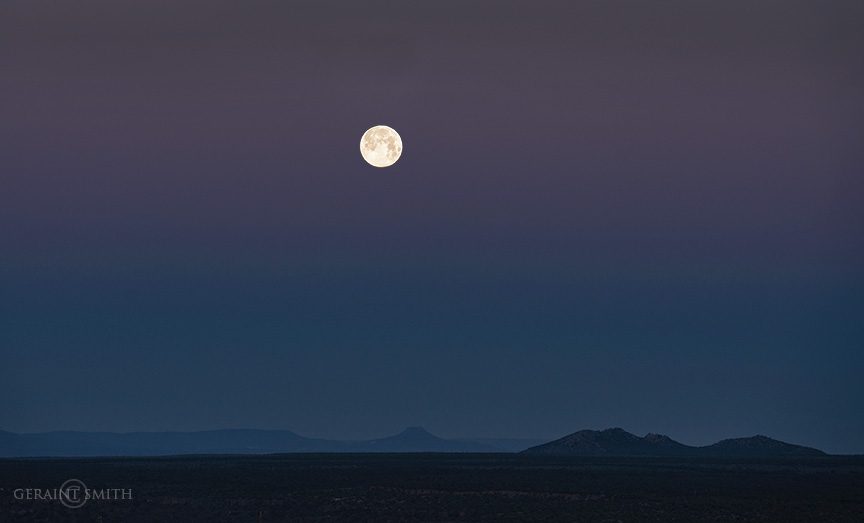 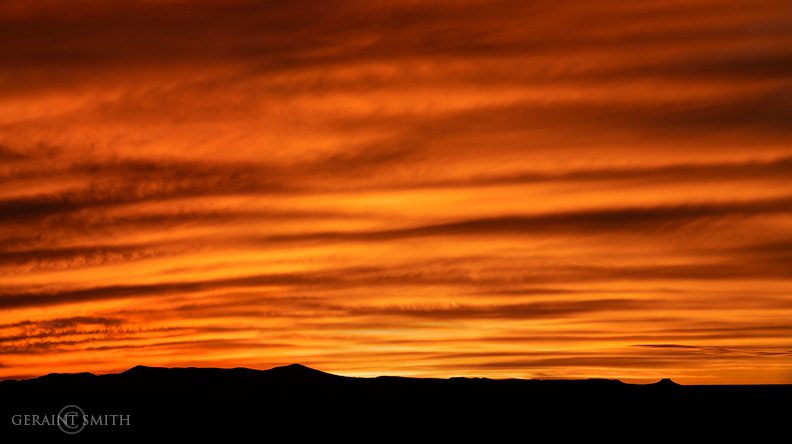 Cerro Pedernal sunset, Crescent Moon, Venus, across the Taos Volcanic Plateau. One from the archive many moons ago! When I lived on the south side of Taos I would drive up the hill behind our home where this view was a constant reminder of the beauty and one of many reasons I live here. The kids would sometimes join me while I was photographing, they would read their books, do a little homework or simply luxuriate, basking in the scene alongside me. Many memories represented in this image. Thanks for looking. G 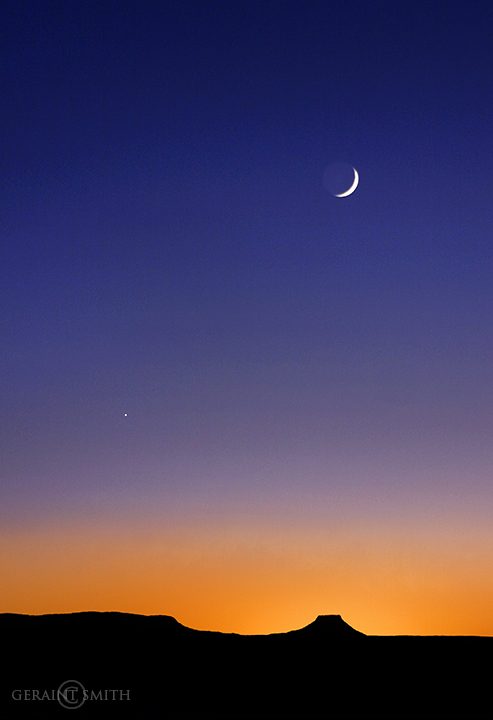 Under The Rocks At Abiquiu Lake

Under the rocks Abiquiu Lake with Cerro Pedernal as the backdrop. It’s a wonderful shady spot under these rocks with the breeze coming off the lake to cool the 100 degree temperatures down. No need to rush off yet! In all the times I’ve visited here, I’ve always enjoyed the view out across the lake to Georgia O’Keeffe’s mountain, so I’d not seen the hand glyphs overhead, in the top left corner, until this visit. I’ve searched for the origin of the hands online but haven’t come up with anything yet. I’ve added an image below. They look like wet palm prints from the kids jumping off the rocks into the lake below me, but they are permanent in the rock. If I find out more I’ll add it to this blog. Thanks for looking. G 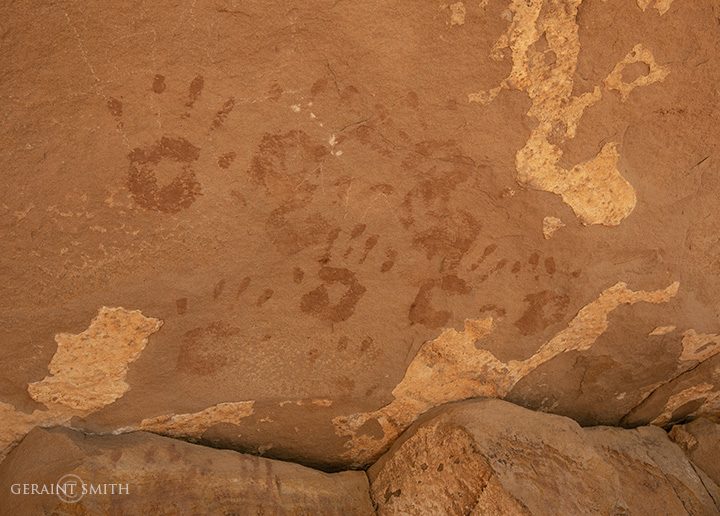 Cerro Pedernal vignette through the rocks at Abiquiu Lake. Spent an hour here last week working on this study. Looking forward to making more images from this location. Thanks for looking. G 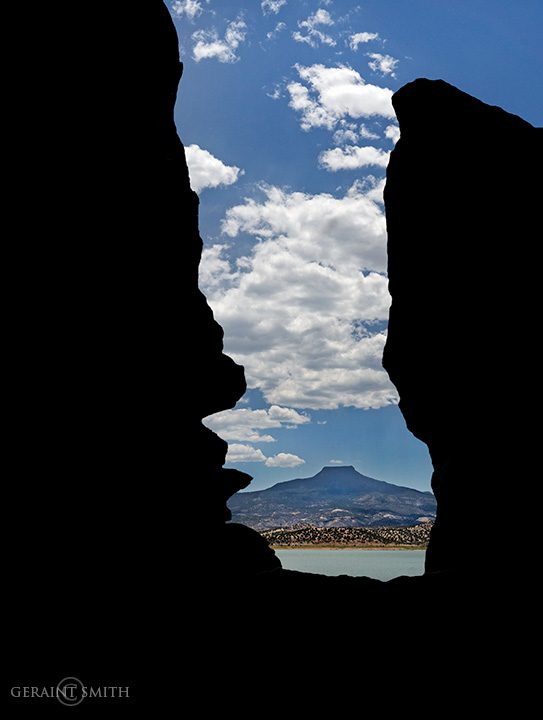