Morning clouds yesterday over the Sangre de Cristo, (Rocky Mountains) from the dining room window. I love my views from the various rooms in the house. I saw a goldfish endeavoring to escape the fishbowl. You?

The high winds morphed the clouds rapidly into a badger! I’m sorry but I often see badgers in the clouds. All and any interpretations are welcome here!

If you are interested here’s an interpretation of Badger Totem.

The following image is the snow-capped Virsylvia Peak in the Latir Peaks Wilderness. Not from the dining room window but a short drive north to the Colorado state line.

A familiar sight on the drive to Taos, a Red-tailed Hawk in its usual place. This power pole or at other times a treetop across the street offers this raptor a view of what I suspect is a choice hunting spot. It’s gratifying to see the same bird day in and day out. I would miss this creature if it wasn’t there.

Not a spectacular photo but I photograph what I see and like. I found this figure under my car in downtown Taos. I liked it so I’m posting it. At first, I thought it was a Lego® figure, no, but it was definitely a flattened figure becoming one with the road.

Coming up next Monday is the “Wolf Moon”. Here are five sequential images of last year’s Wolf Moon rising over Vallecito Peak from Arroyo Hondo, NM. I wish now I’d turned on the video camera. Maybe I’ll do that with next Monday’s upcoming Wolf Moon.

As always, thanks for looking. Have a great week. G

Tree and cloud, in the Piedra Lumbre (Shining Rock) Land Grant, Ghost Ranch, New Mexico. The landscape shines, the sky responds, and the dance between earth and sky continues. Thanks for looking. G 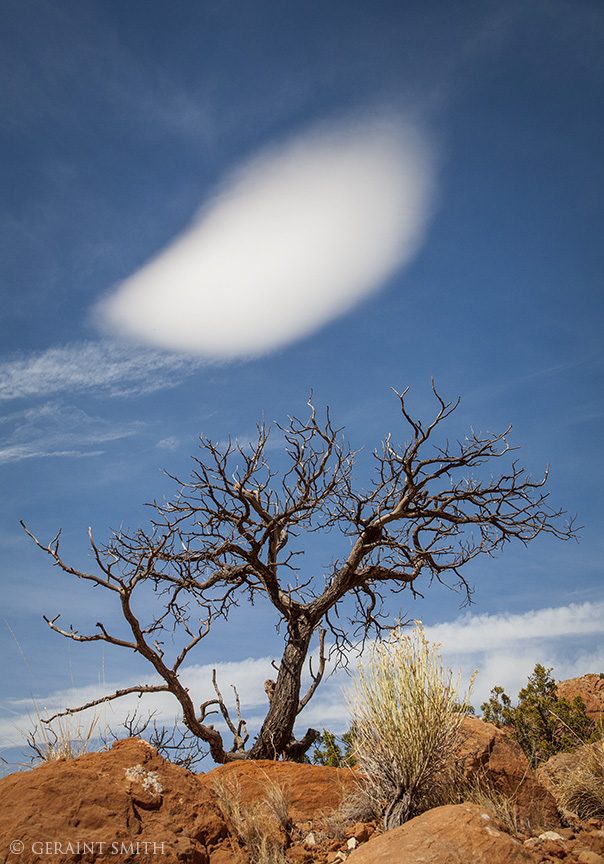 Taos Plateau, sunset rays with storm clouds brewing. Out here in the west, we get these vast skies and expansive views that go on forever, and these letterbox sunsets are a particular feature when storms roll through. Thanks for looking. G

This image of the Morada, still in use today, is from 2006 before the bell. I can’t ever recall seeing this building without a bell. Well, here it is. Great skies are always in abundance and rarely missing in this area. Thanks for looking. G 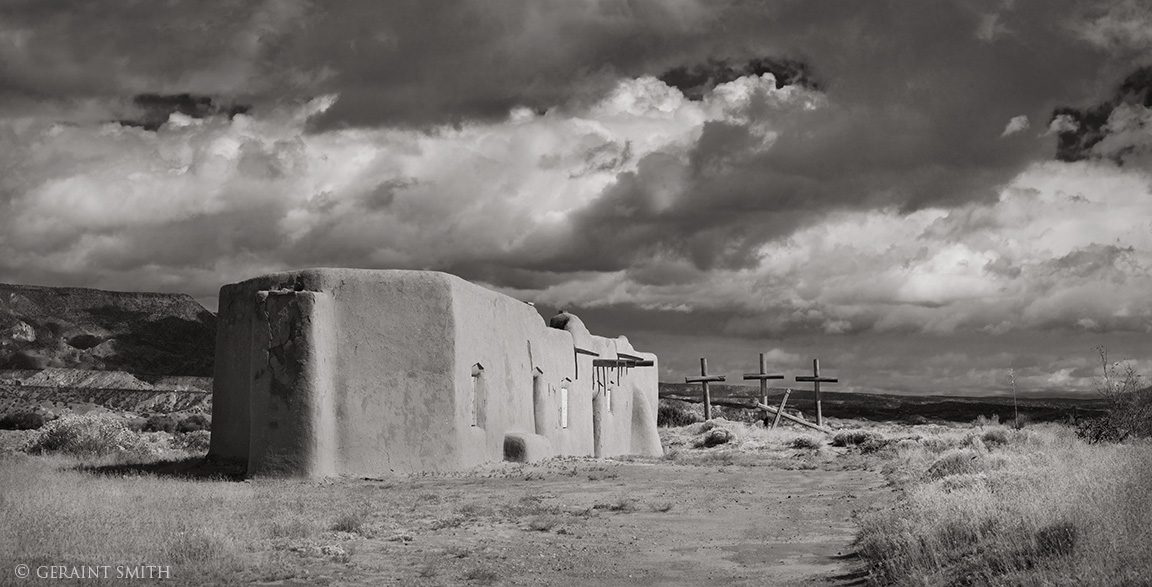 Orilla Verde Recreation Area in the Rio Grande del Norte National Monument. Fall colors were evident yesterday evening during the sunset before the stars came out. I was on my way to photograph the Milky Way with the river and reflections. Things didn’t turn out as planned but the lead up and time spent out under the New Mexico skies made it all worthwhile. Thanks for looking. G 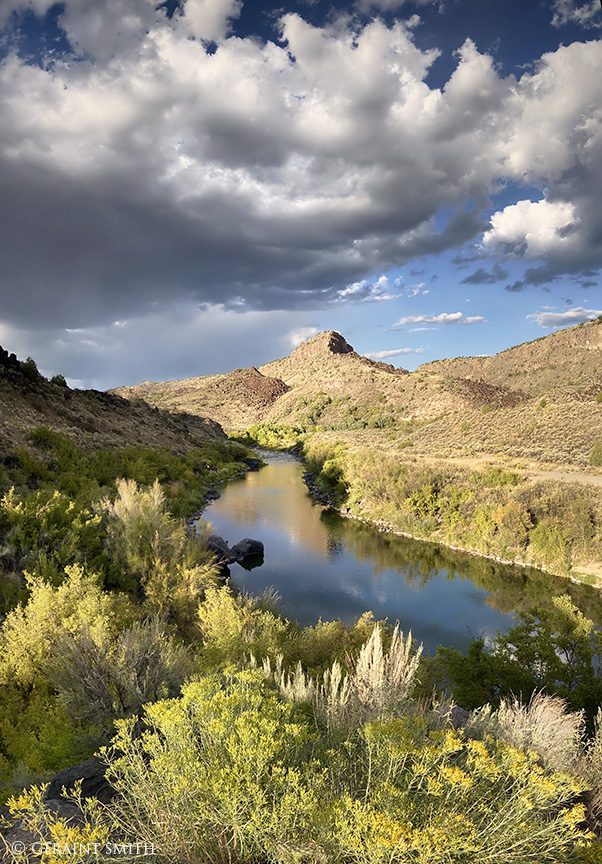 Fajada Butte sunset at the end of a hot summer day hiking in Chaco Canyon, New Mexico. Summer is a good time to visit Chaco Culture National Historical Park. Yes, it is hot, very hot, but very few people. Winter is great too, very few people. We’ll spend one more day in NM tomorrow and then who knows where we’ll wind up? Thanks for looking. G 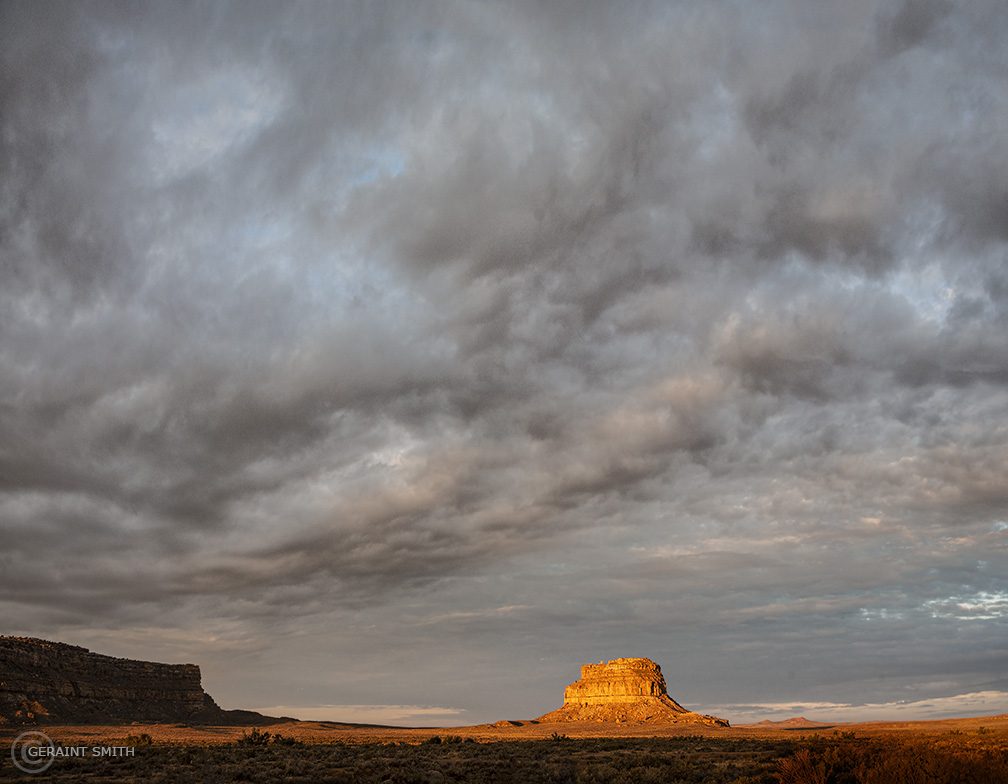 Sunset over the Taos Plateau Volcanic Field, New Mexico. I haven’t been out shouting sunsets for a while. I prefer the effects of a sunset on something. I’ve never sold more than a few pictures of sunsets. But the effects of a sunset in the opposite direction, on the Sangre de Cristo Mountains, are much more popular. These days I prefer to sit and watch with a martini in my hand. So in honor of a gorgeous sky and sunset, here’s a panorama. Thanks for looking. G

Tipi, sky, sunset, and a quote, Lama, NM. This quote has stayed with me since I first became aware of it many years ago. I dreamed of the wide open spaces of the west when I was a kid in South Wales. Here I am, and I’ve slept on the ground many nights with only the stars above me. Thanks for looking. G 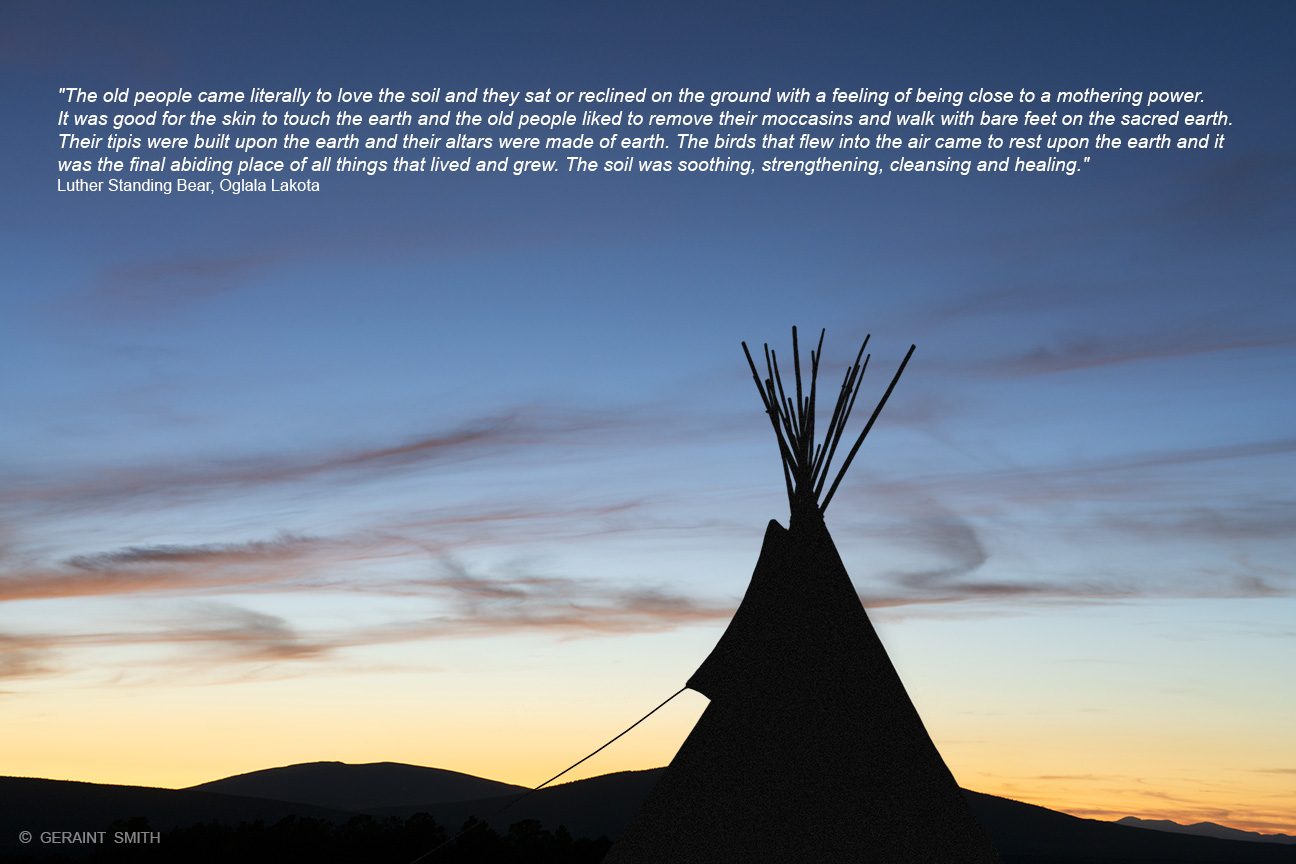 Comet Neowise over the Sangre de Cristo Mountains, San Cristobal, NM. Comet C/2020 F3 NEOWISE. This is what I got from the driveway, this shot of the icy comet almost overhead. It wasn’t cold out but it felt better with a jacket. Stay tuned for another view from tonight, hopefully. Thanks for looking. G 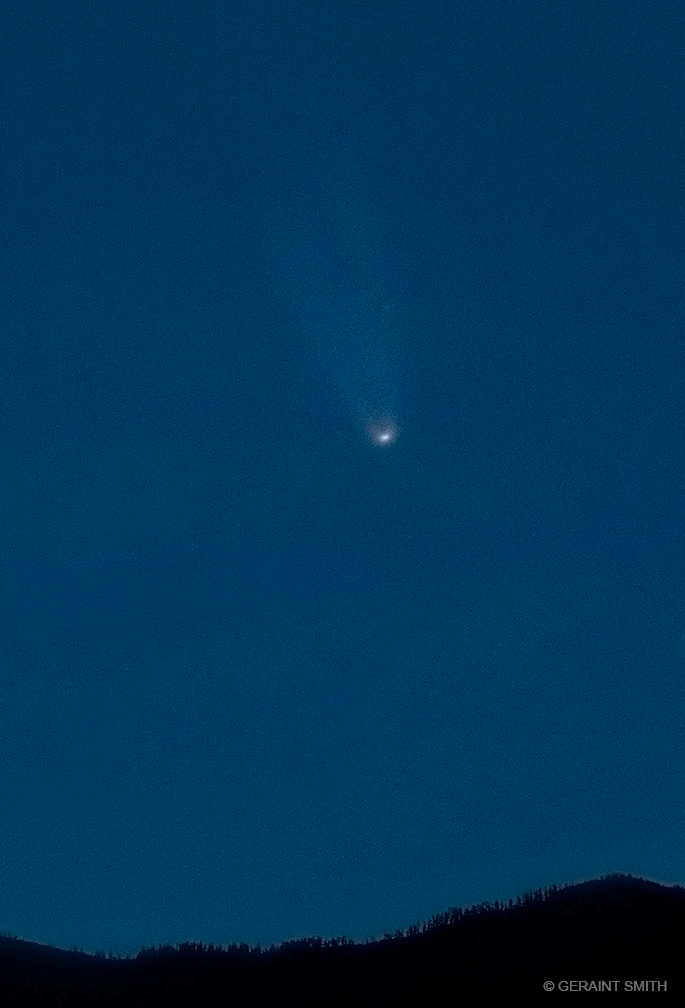 Ute Mountain Road, Northern New Mexico. I pulled over here a couple of evenings ago for a cup of tea and to watch the rain move through the area after a day on the road photographing around northern New Mexico and southern Colorado. It was a beautiful day that ended nicely. Thanks to my friend Larry and thank you for looking. G 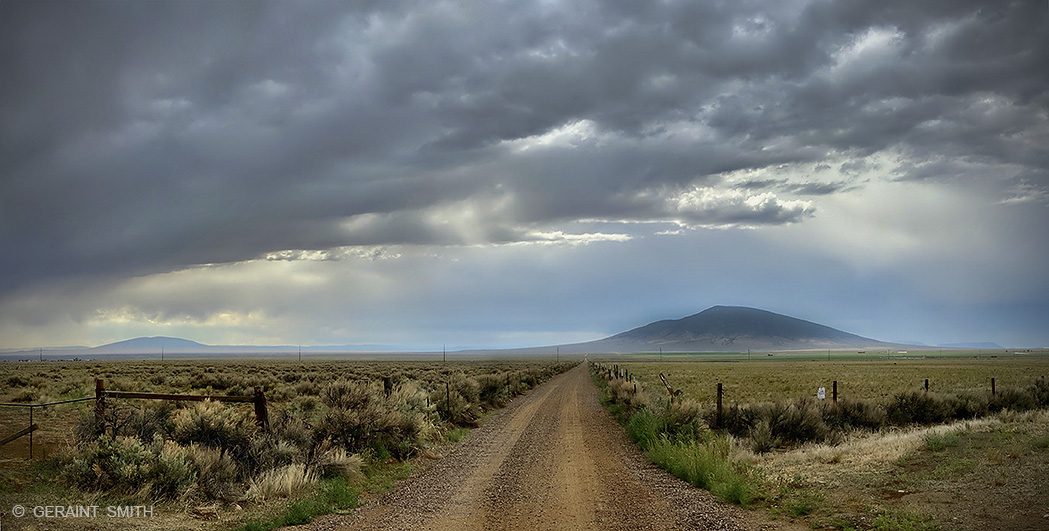