Tag: Photo of the day

Wild Horses, spring time, in the San Luis Valley, Colorado. The stallion broke away from the two dozen other horses to chase down this mare across the fields. He was frisky… she wasn’t playing too hard to catch. There were three foals in this particular band of wild horses. I’m guessing there’ll be one more soon. Thanks for looking. G 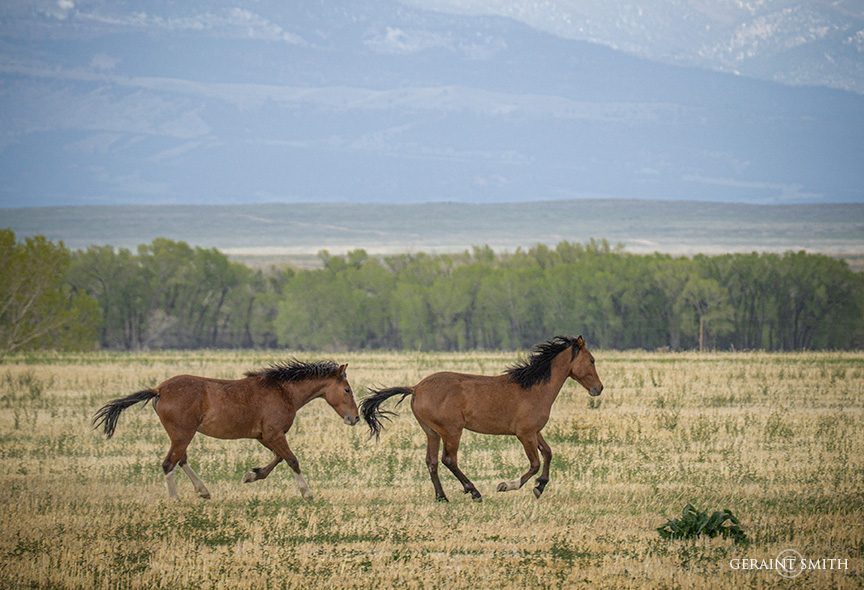 Piedra Lumbre , Abiquiu New Mexico. I’ve had the pleasure of working with many wonderful photographers who joined me in 2017, when I got to share northern New Mexico with them. The weather has been fabulous for great image making these last few months. If you are inclined to join me on an up coming photography adventure in the land of enchantment, you can find more information here. Thanks for looking, G 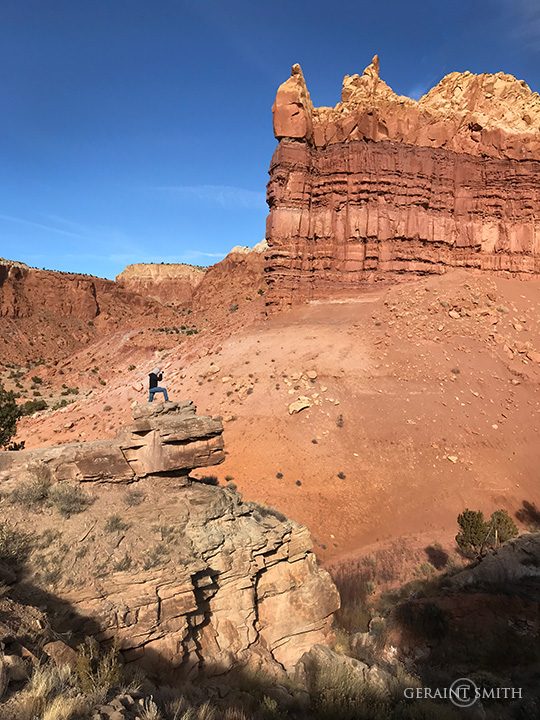 Two Together Down The Lane

Two together, down the lane, San Cristobal, New Mexico. Harvest of sunflowers along the roadside a favorite of pine siskins,  chickadees and photographers. Thanks for looking. G 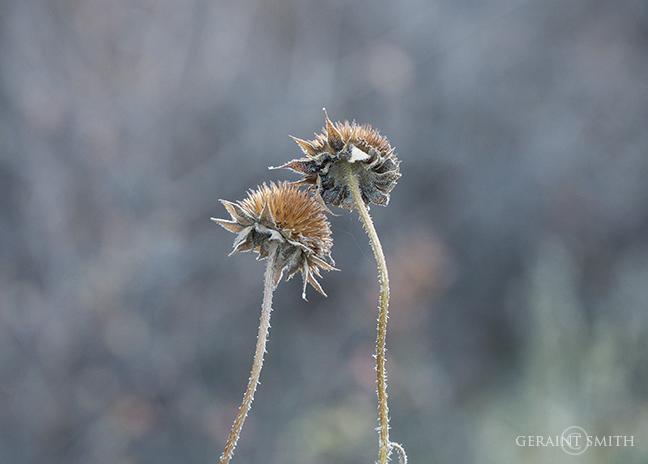 Hollyhocks At The Salman Ranch Store

Hollyhocks at the Salman Raspberry Ranch Store, La Cueva, New Mexico. The color makes them look almost delicious enough to eat, like the raspberry chocolate they sell in the store just over my shoulder. Yes… we purchased some raspberry fudge, it didn’t make it home. Later, when reviewing the image, I thought they looked as if they were ponying up the bar! Thanks for looking. G 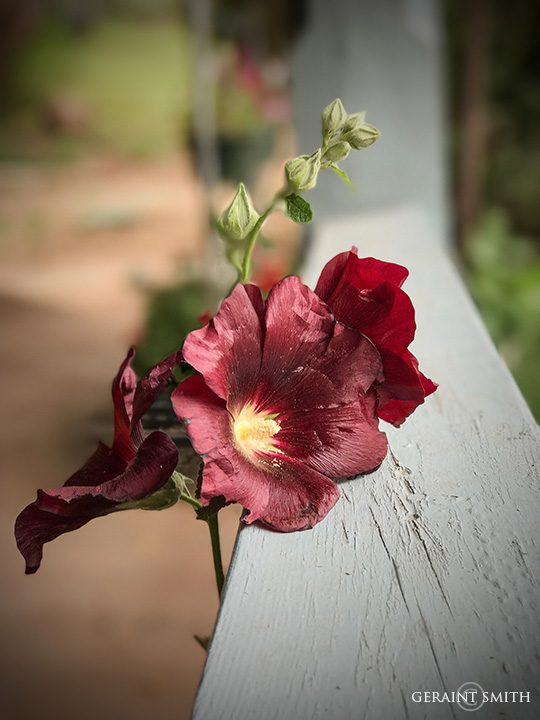 “Nearly” full moon rise tonight over San Cristobal, NM. I stepped out into the cool evening air just when a ghost of a moon rose over the Sangre de Cristo foothills. As “la luna” made it’s way skyward, some clouds moved in creating a mystery around it’s silent ascent. Late tonight the clouds may disperse and the light of the moon will illuminate the whole interior of our house … no night lights needed. Thanks for looking. G 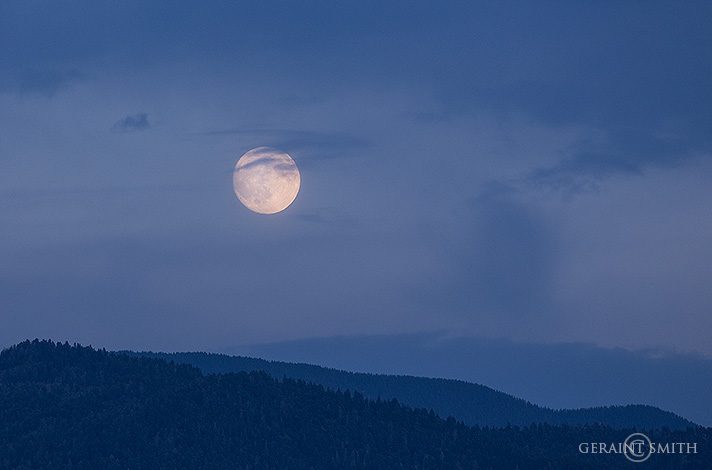 A Simple Piece Of Abstraction

Abstraction in steel and glass, Alamosa, Colorado. Sometimes I point my camera at a scene I think I want … and as I look deeper in to the composition I develop a roving eye and ultimately delve deeper and deeper. What started out as an image of a broken piece of glass in a window became this scene. G 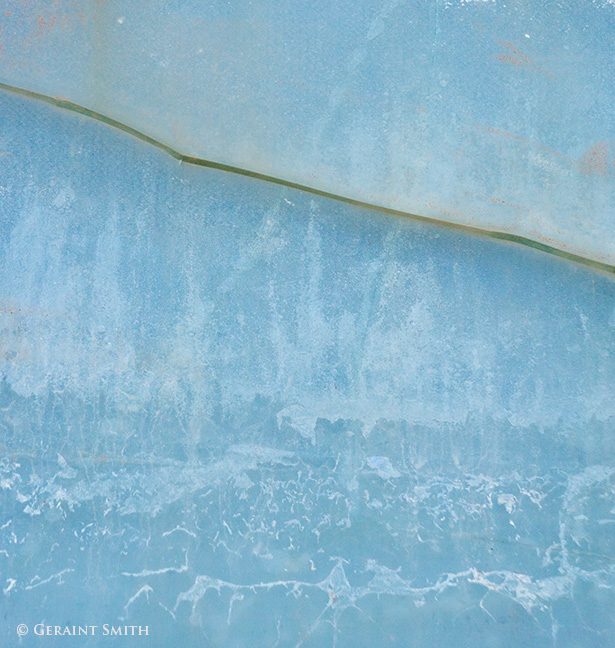 A very large pile of railroad spikes, pins, bolts and clamps at the rail yards in Walsenburg, Colorado. It would make a nice jigsaw puzzle. 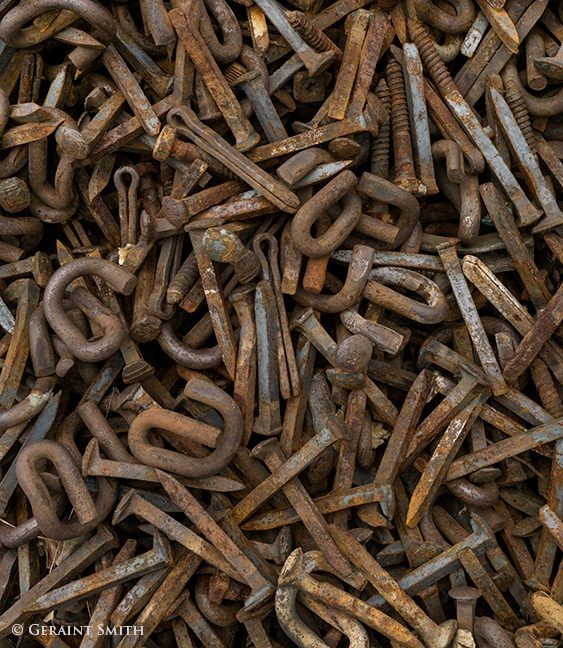 San Jose, (Saint Joseph) mission church was built in 1699.  The church is built in the early Pueblo style of architecture, and is constructed of field stone, adobe, mortar, and plaster. The interior is adorned with Laguna Pueblo art paintings and stations of the cross. We arrived here yesterday, one of the last stops on a five day photo safari around northern New Mexico. The sun was low in the western sky and the church was shrouded in shadow. At first I blocked the sun behind the cross, that gave me a decent exposure on the building and cross, and worked with what I first had in mind. When I moved the camera slightly and pointed it directly at the sun, it gave me an under exposed image of the building and foreground cross. The resulting image was more satisfying, and also created the sun star that seemed fitting for the location and subject matter. Thanks for looking. G 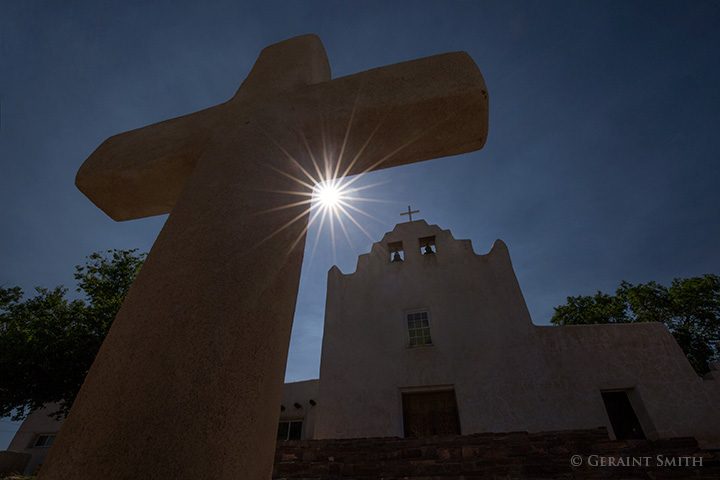 Ute Mountain twilight, heading home from Colorado, south to San Cristobal, NM this evening. The sight of Ute Mountain is a beacon on the horizon. It acknowledges, that at this point, it’s only forty minutes to home. Not far now! 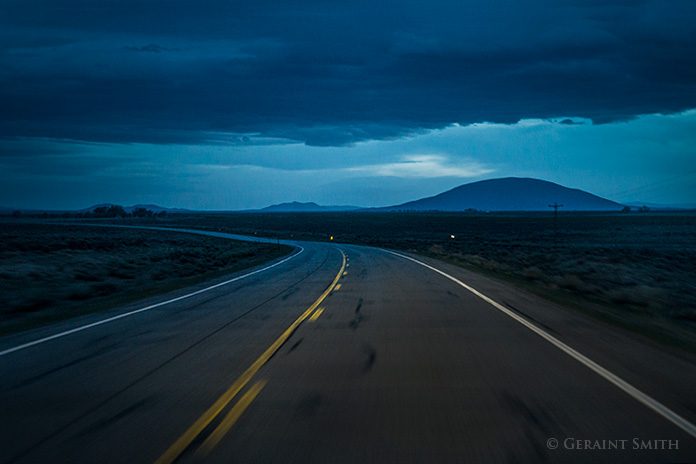 Rio Grande del Norte National Monument. Today we made a drive in to the Rio Grande del Norte National Monument. On the west side of the Rio Grande Gorge the road meanders leisurely north to the Colorado border. Pronghorn, Elk and many birds accompany us along the way. Seasonal lakes, ancient causeways and abandoned dwellings are reasons to get out of the car and contemplate those who have passed this way. If you have a penchant for unobstructed views, no crowds, peace and quiet, solitude … shall I go on? Join me on a photo tour if this pristine environment is for you. 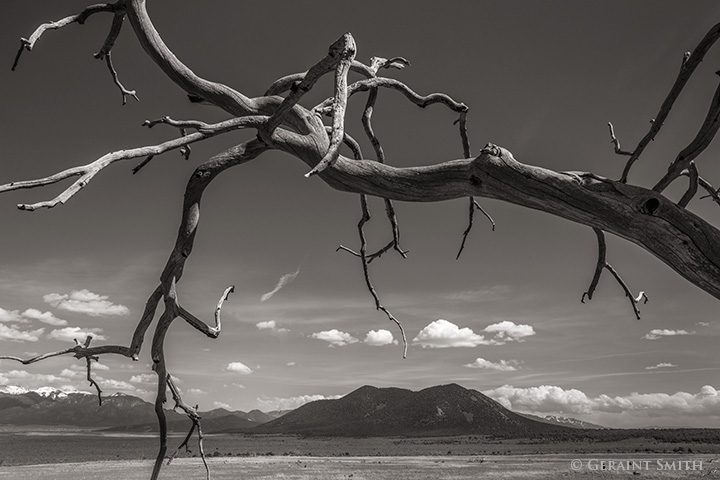