Fire in the sky over the San Cristobal Valley, NM. Below is a piece by Willa Sibert Cather, from “Death Comes for the Archbishop”, shared by a friend on my Facebook page who was inspired by this photograph. Thanks for looking. G 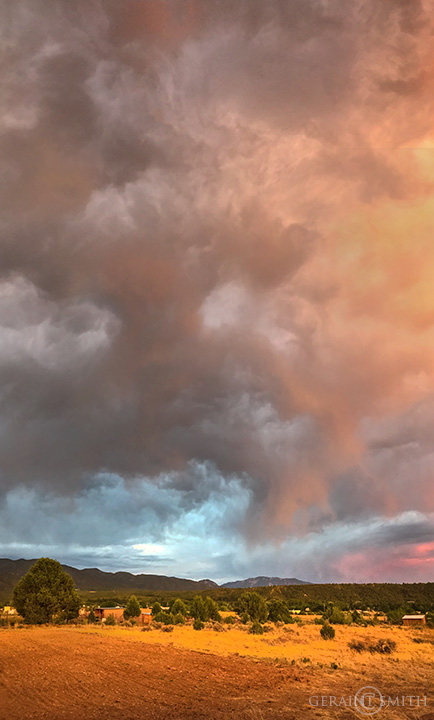 “The sky was as full of motion and change as the desert beneath it was monotonous and still, — and there was so much sky, more than at sea, more than anywhere else in the world. The plain was there, under one’s feet, but what one saw when one looked about was that brilliant blue world of stinging air and moving cloud. Even the mountains were mere ant-hills under it. Elsewhere the sky is the roof of the world; but here the earth was the floor of the sky. The landscape one longed for when one was away, the thing all about one, the world one actually lived in, was the sky, the sky!”

4 thoughts on “Fire In The Sky San Cristobal, NM”