Chevy Hood Ornament, Arroyo Seco, NM. That old Chevrolet truck in Arroyo Seco, parked by Arroyo Seco Mercantile is a feature of the village and great for a photo op. Today we dropped in to Arroyo Seco on a photo tour, and… standing over the hood of the old truck I saw this scene of the hood ornament against the dust, it looked like one of those images of an airplane breaking the sound barrier. Yes… New Mexico is run down and full of decay! Believe it or not this truck still runs in the 4th of July Parade. Drop in sometime. Thanks for looking.G 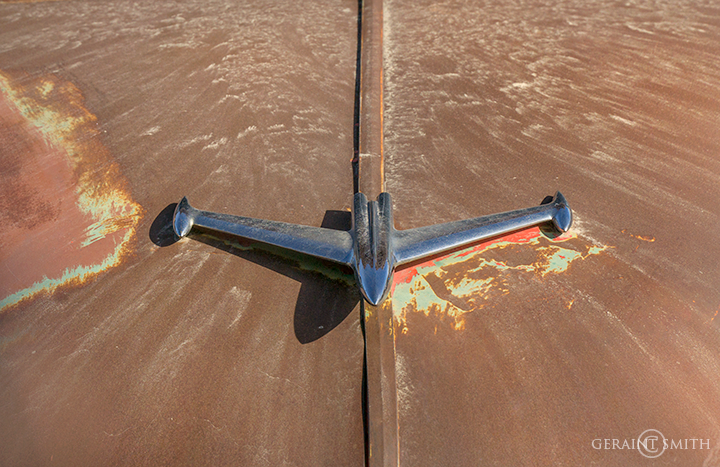