Dark-eyed Junco, in the garden in San Cristobal, NM. This little guy survived my boot as I walked across the deck. I spotted one Dark-eyed Junco on the ground after hitting a window on the house. I picked it up and almost stepped on this bird which flew up on to the patio chair and stayed there. This bird may have hit a window also. It stayed here while and I made some images. The bird I had picked up, was now resting on a fence post in the sun where I left it. The incident concluded with both birds flying off, hopefully not too worse for ware. I’ll be adding decals to the windows to warn these little creatures. Thanks for looking. G 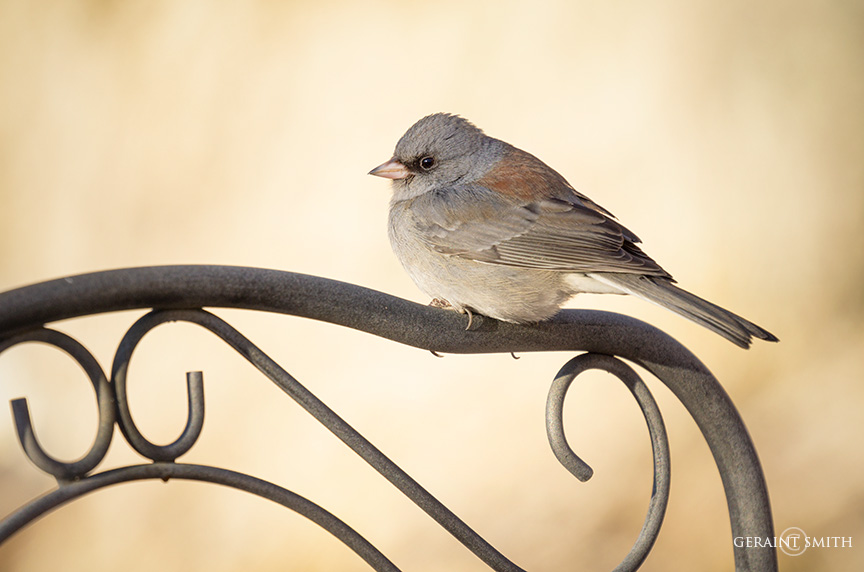