Las Trampas Church of San Jose de Gracia de las Trampas. I know, I know, it’s that church again. I made this image yesterday on a High Road photo tour. We were looking for some alternate angles to the usual, oft seen views. The grave marker was photographed by Ansel Adams in the 1940’s. Specifically, he made a tighter cropped image of the cross with the adobe wall as the background. Knowing that Ansel had stood in this very spot can inspire almost anyone. As the sky was overcast and lighting low key I put the camera on the floor and created the low angle view using the grave marker to fill a chunk of the frame and placed the cross prominently over the sky to the right. I thought it created a dramatic and gothic look to the whole scene. Thirty minutes later as we descended into the the Gorge and headed north to the west rim trail along the Rio Grande Gorge the sun burst out and it looked like a different day. This prompted us to recall the saying, “if you don’t like the weather in New Mexico, wait five minutes.” … or in our case, thirty minutes. Thanks for looking. G 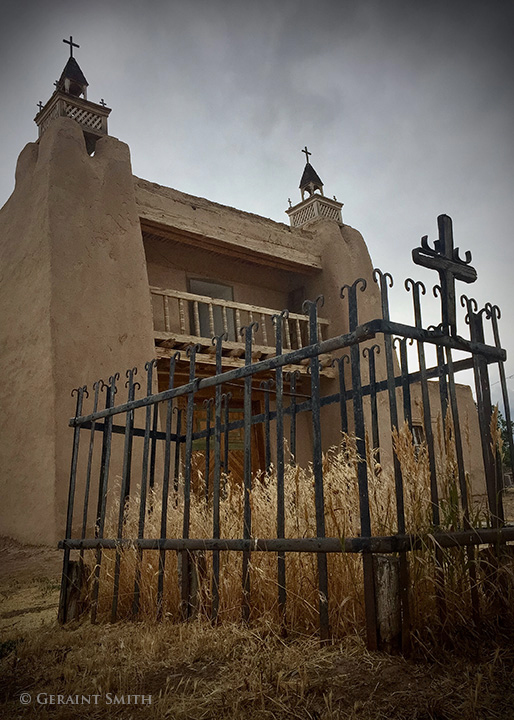 5 thoughts on “Las Trampas Church On The High Road”