I was looking through some photos on CDs that I exhumed from their current resting place in my closet, mostly back up discs from 2001, with lots of images of my young children at the time. In amongst them I found images from a trip I took with my parents to the D.H. Lawrence ranch. It was their second visit there during the numerous trips they made to the southwest over the years. This photograph of the Bison painting was in there with some shots of my parents hanging out in the shade of the cabin porch. We grew up reading D.H. in school in the UK. I didn’t care for him much then, but came to like his writing later in my life. “I think New Mexico was the greatest experience from the outside world that I have ever had. It certainly changed me forever…”  Well … that certainly resonates with me. Thankful for the memories… and thanks for looking. G 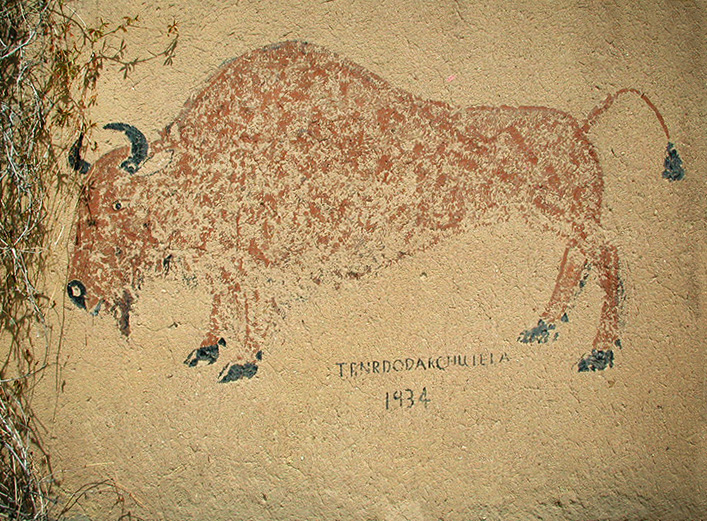